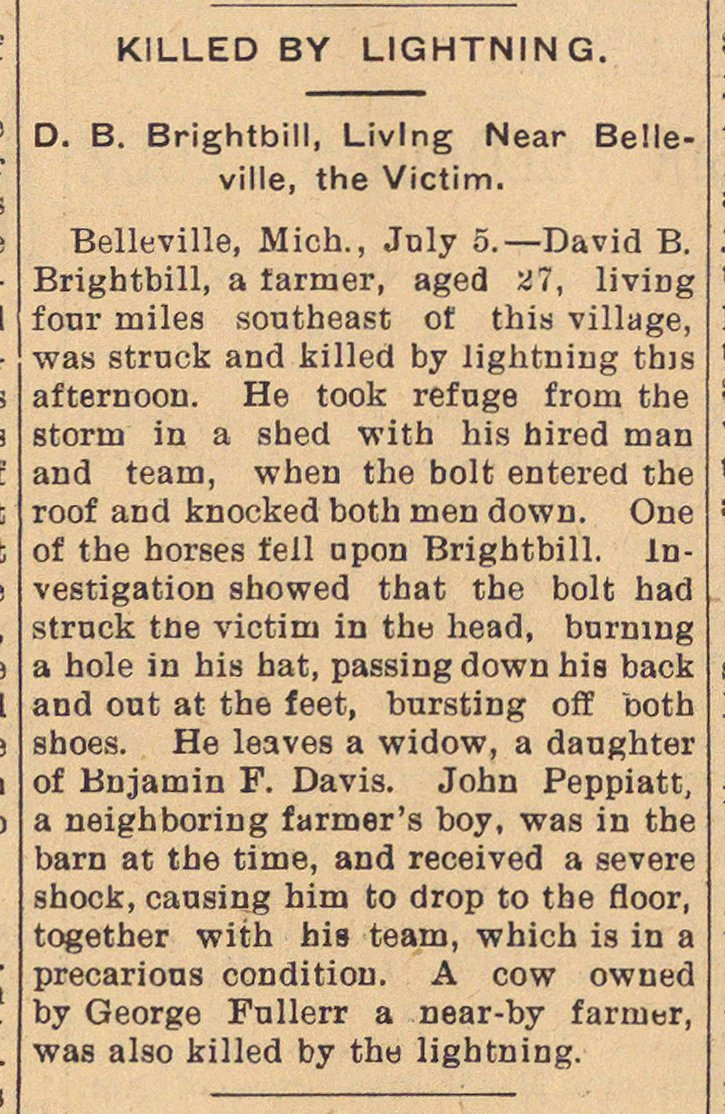 Belleville, Mich., July 5. - David B. Brightbill, a farmer, aged 27, living four miles southeast of this village, was strock and killed by lightning this afternoon. He took refnge from the storm in a shed with his hired man and team, when the bolt entered the roof and knocked both men down. One of the horses feil npon Brightbill. Investigation showed that the bolt had strnck tne victini in the head, bnrning a hole in his hat, passing down his back and out at the feet, bursting off both shoes. He leaves a widow, a daughter of Knjamin F. Davis. John Peppiatt, a neighboring farmer's boy, was in the barn at the time, and received a severe shock, causing him to drop to the floor, together with his team, which is in a precarious condition. A cow owned by George Fullerr a near-by farmer, was also killed by tha lightning.