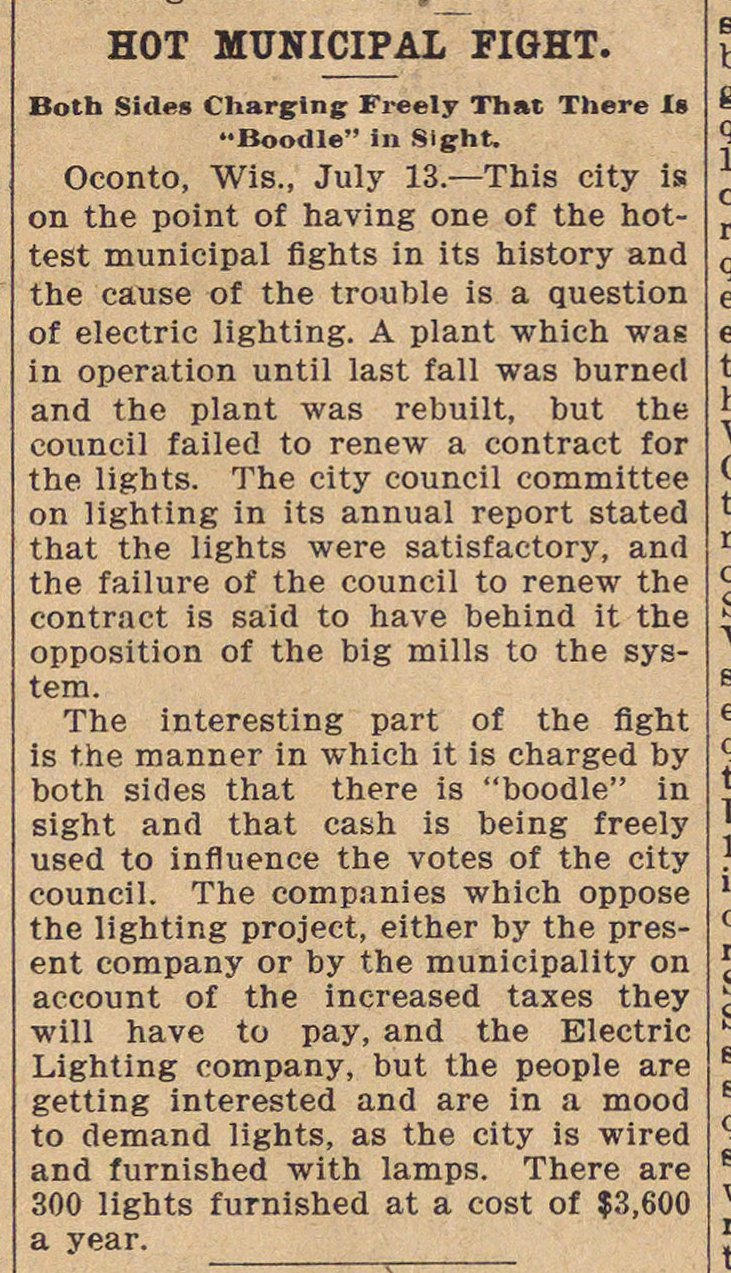 Oconto, Wis., Julj' 13.- This city is on the point of having one of the hottest municipal fights in its history and the cause of the trouble is a question of electric lighting. A plant which was in operation until last fall was burned and the plant was rebuilt, but the council failed to renew a contract for the lights. The city council committee on lighting in its annual report stated that the lights were satisfactory, and the failure of the council to renew the contract is said to have behind it the opposition of the big milis to the system. The interesting part of the fight is the manner in which it is charged by both sides that there is "boodle" in sight and that cash is being freely used to influence the votes of the city council. The companies which oppose the lighting project, either by the present company or by the municipality on account of the increased taxes they will have to pay, and the Electric Lighting company, but the people are getting interested and are in a mood to demand lights, as the city is wired and furnished with lamps. There are 300 lights furnished at a cost of $3,600 a year.