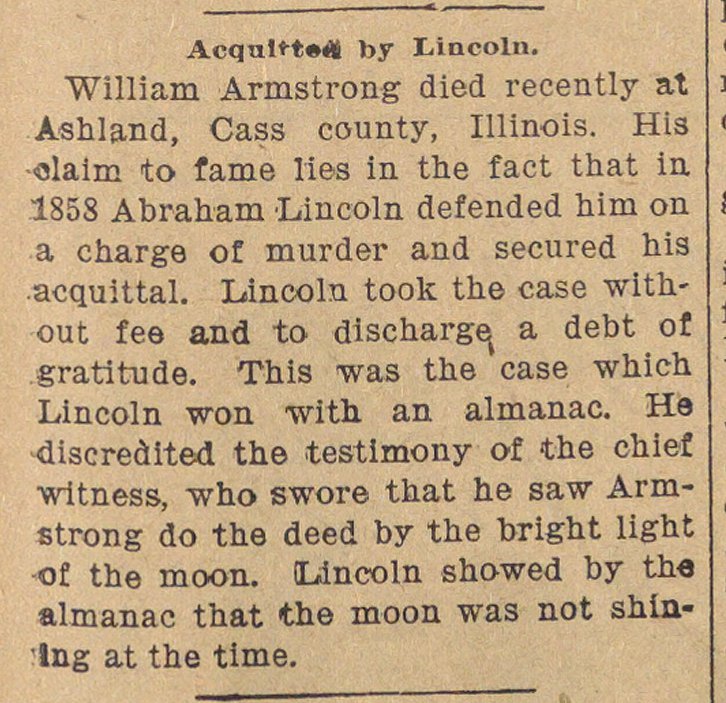 William Armstrong died recently at Ashland, Cass county, Illinois. His olaim to fame lies in the fact that in 1858 Abraham 'Lincoln defended him on a charge of murder and secured his acquittal. Lincoln took the case without fee and to discharge a debt of gratitude. This -was the case which Lincoln won with. an almanac. He discredited the testlmony of the chief witness, -who swore that he saw Armstrong do the deed by the bright light ■of the moon. (Lincoln showed by th almanac that the moon was not shilling at the time.