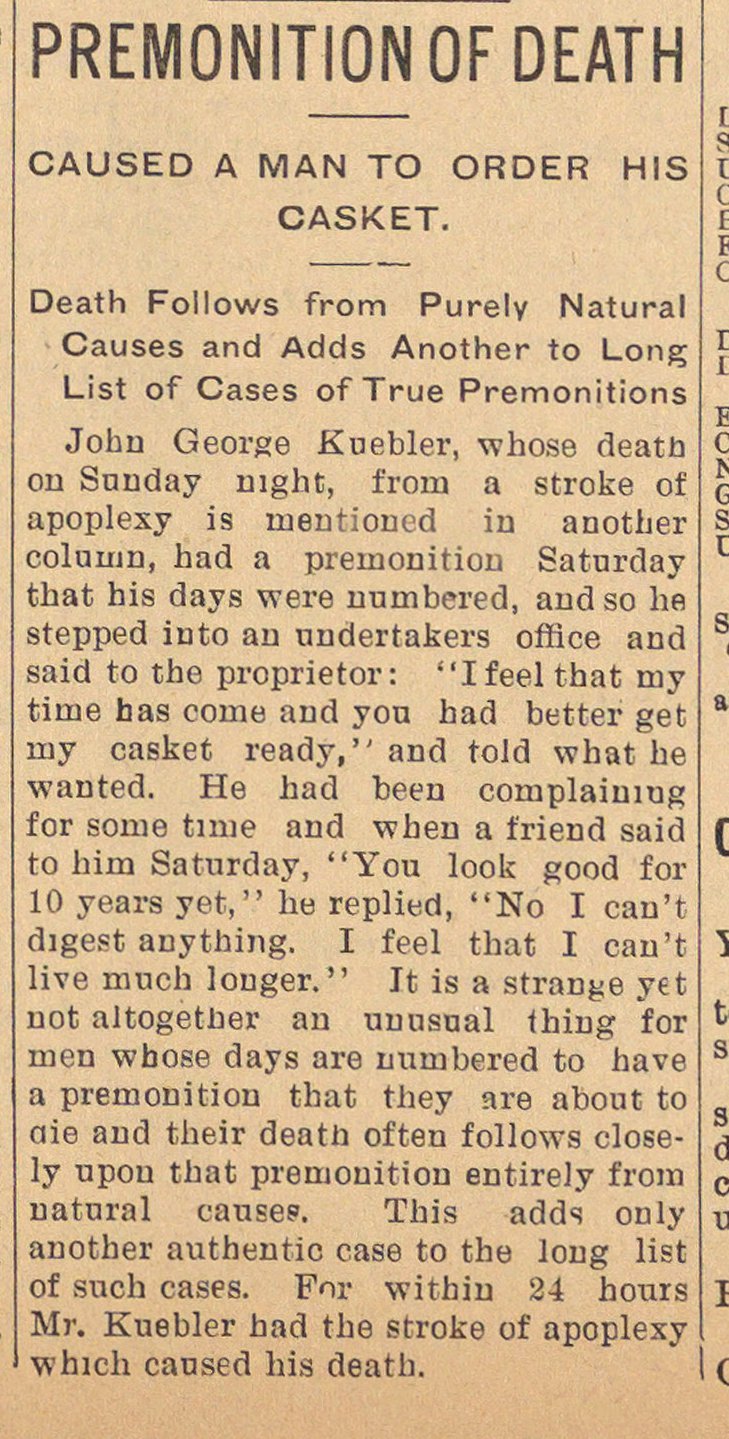 John George Kuebler, whose death on Snnday mght, from a stroke of apoplexy is rnentioned in another column, had a premonition Satnrday that his days were numbered, and so ha stepped into au nndertakers office and said to the proprietor: "Ifeel that my tirue has come and yon had better get my casket ready," and told what he wanted. He had been complaiuiug for some time and when a friend said to him Satnrday, "You look good for 10 years yet, " he replied, "No I can't digest anything. I feel that I can't live mnch louger. " It is a strange yet not altogetner an uunsnal (hing "for men wnose days are miinbered to have a premonition that they are about to aie and their death often follows closely upou that premonitiou entii'ely froin natural causes. This adds only another authentic case to long list of such cases. Por within 24 hours Mr. Kuebler had the stroke of apoplexy which cansed his death. I