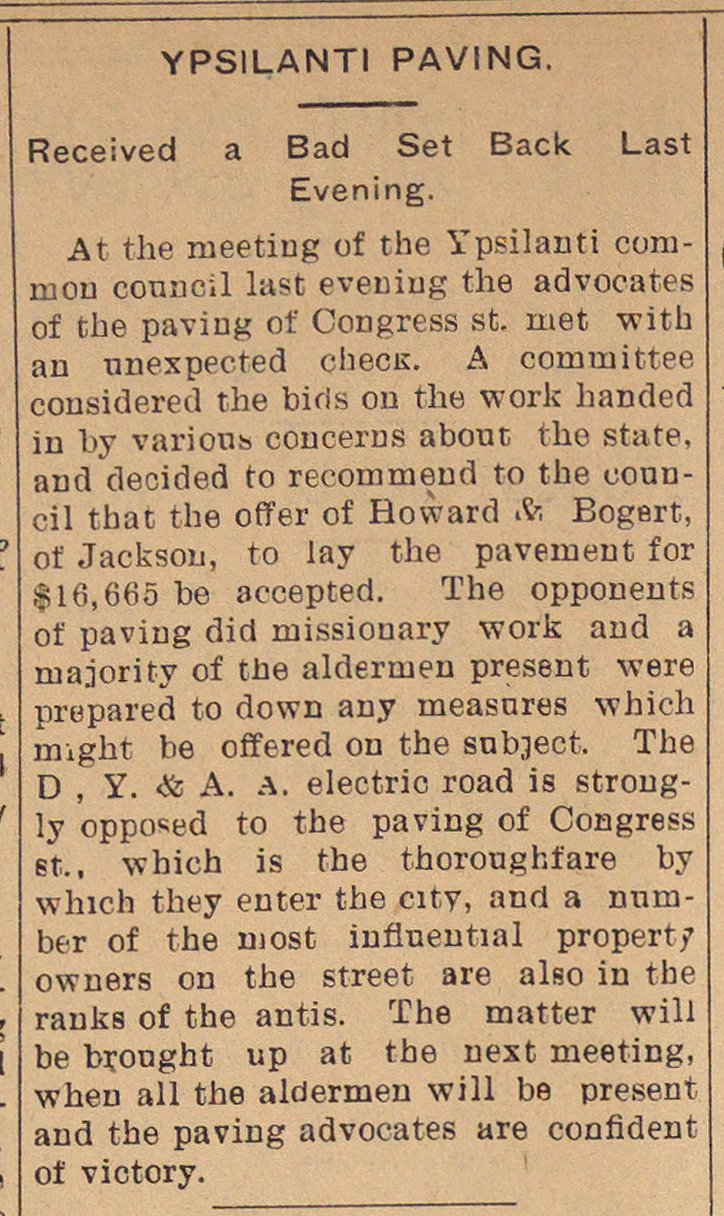 At the meeting of the Ypsilanti common council last evening the advocates of the paving of Congress st. met with an unexpected check. A committee considered the bids on the work handed in by various concerns about the state, and decided to recommend to the council that the offer of Howard & Bogert, of Jackson, to lay the pavement for $16,665 be accepted. The opponents of paving did missionary work and a majority of the aldermen present were prepared to down any measures which might be offered on the subject. The D , Y. & A. A. electric road is strongly opposed to the paving of Congress st., which is the thoroughfare by which they enter the city, and a number of the most influential property owners on the street are also in the ranks of the antis. The matter will be brought up at the next meeting, when all the aldermen will be present and the paving advocates are confident of victory.