Her Stockings Made 'em Laugh 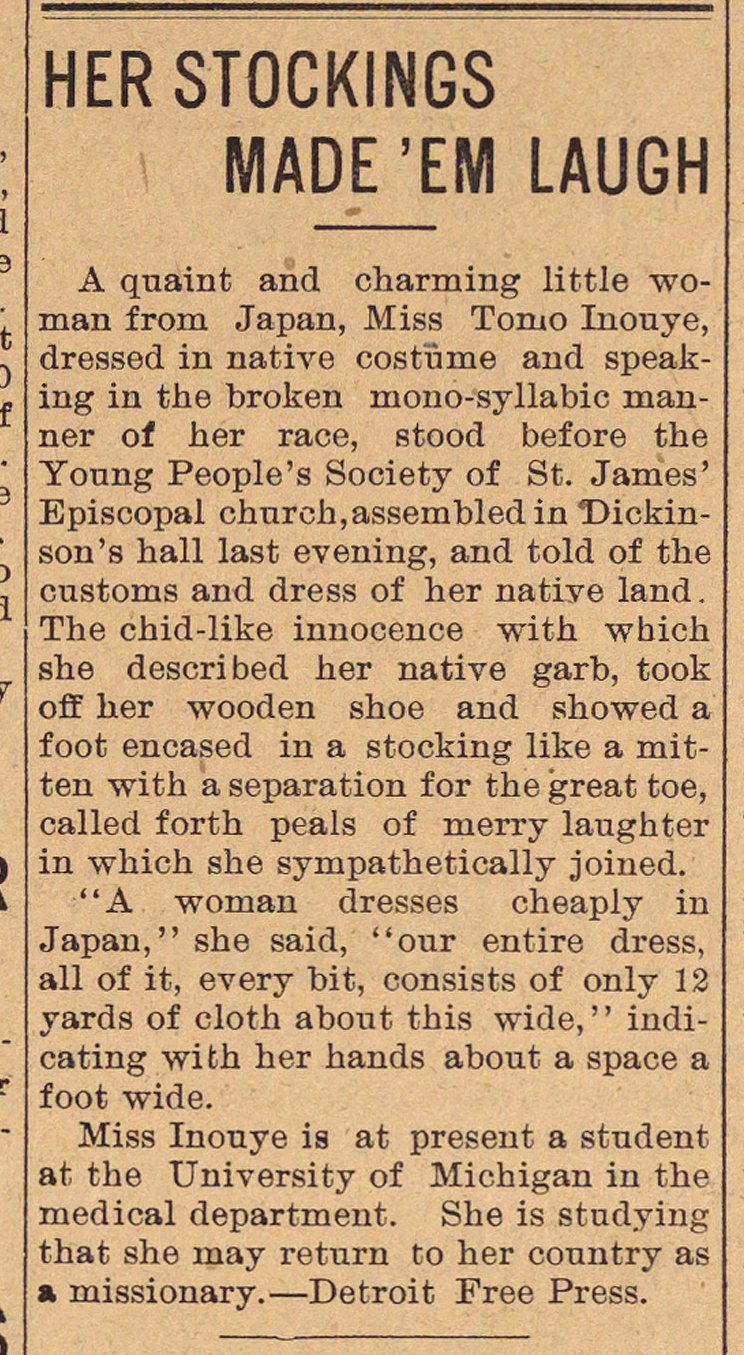 A quaint and charming little woman from Japan, Miss Tomo Inonye, dressed in native costüme and speaking in the broken mono-syllabic manner of her race, stood before the Yonng People's Society of St. James' Episcopal chnreh,assembledin Dickinson's hall last evening, and told of the customs and dress of her natiye land. The chid-like innocence with wbich she described her native garb, took off her wooden shoe and showed a foot encased in a stocking like a mitten with a separation f or the great toe, called forth peals of merry laughter in which she sympathetically joined. "A woman dresses cheaply in Japan," she said, "our entire dress, all of it, every bit, consists of only 12 yards of cloth abont this wide, " indicating with her hands about a space a foot wide. Miss Inouye is at present a student at the University of Michigan in the medical department. She is studying that she may return to her country as a