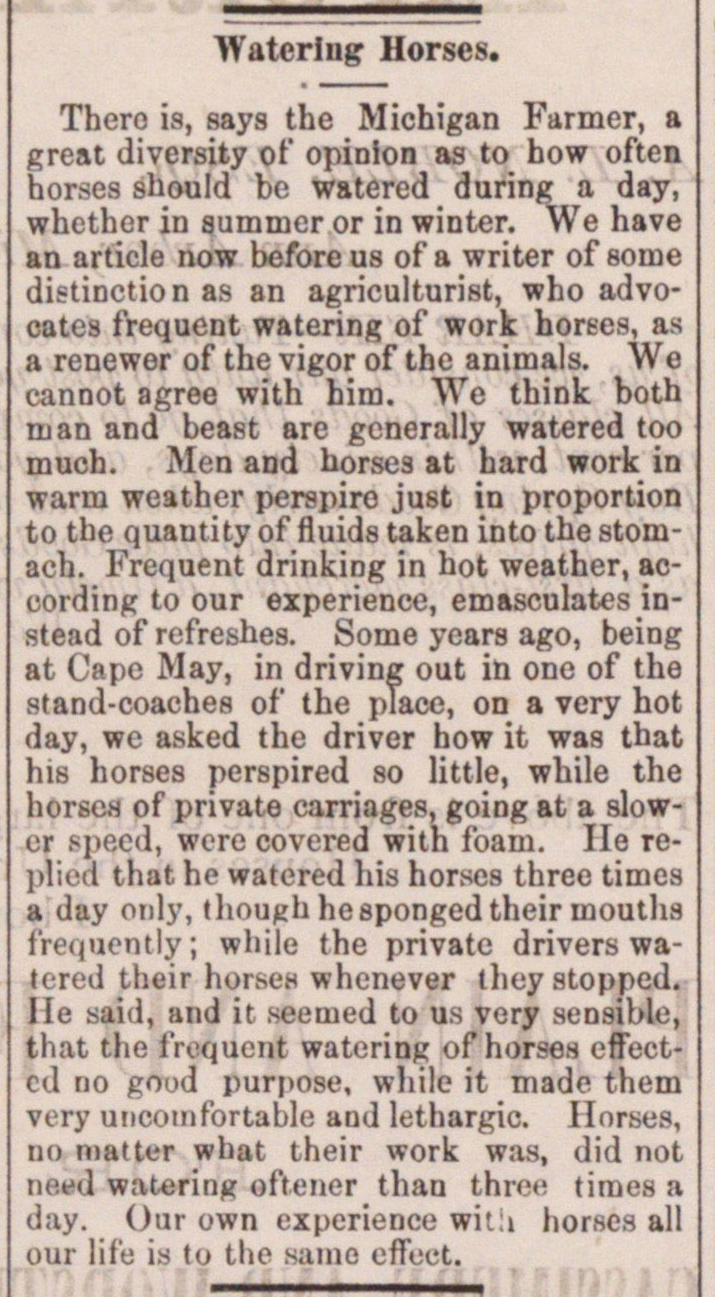 Thero is, saya the Michigan Farmer, a great diversity ot' opinión as to how often horses should bc watered daring a day, whether in aummer or in winter. We have an article now before us of a writer of some distinction as an agriculturist, who advocates frequent watering of work horeca, as a renewer of the vigor of the animáis. We cannot agree with him. We think both ruan and beast are gcnerally watered too much. Men and horses at hard work in warm weather perspiro just in proportion to t lic quantity of fluids taken into the stomach. Frequent drinking in hot weather, according to our experience, emasculates instead of refreshea. Some ycars ago, being at Cape May, in driving out in one of the stand-coaches of' the place, on a very hot day, we asked the driver how it was that his horses perspired so little, while the horses of private carriages, going at a slowm speed, were covered with foam. He repliéd that he watered his horses three times a day only, tlioughhespongedtheirinoutlis f'requently; whüe the private drivers walered their horsen whenever tliey stopped. He said, and it seemed to us very sensible, that che frequent watering of horses effectcd rio pond purpose, while it made them very uncoinfortable and lethargie. Hnrses, do matter what their work was, did not naad watering oftener than throc times a duy. Our own experienee wit:i horses all our lif'e is to tlie samo effect,