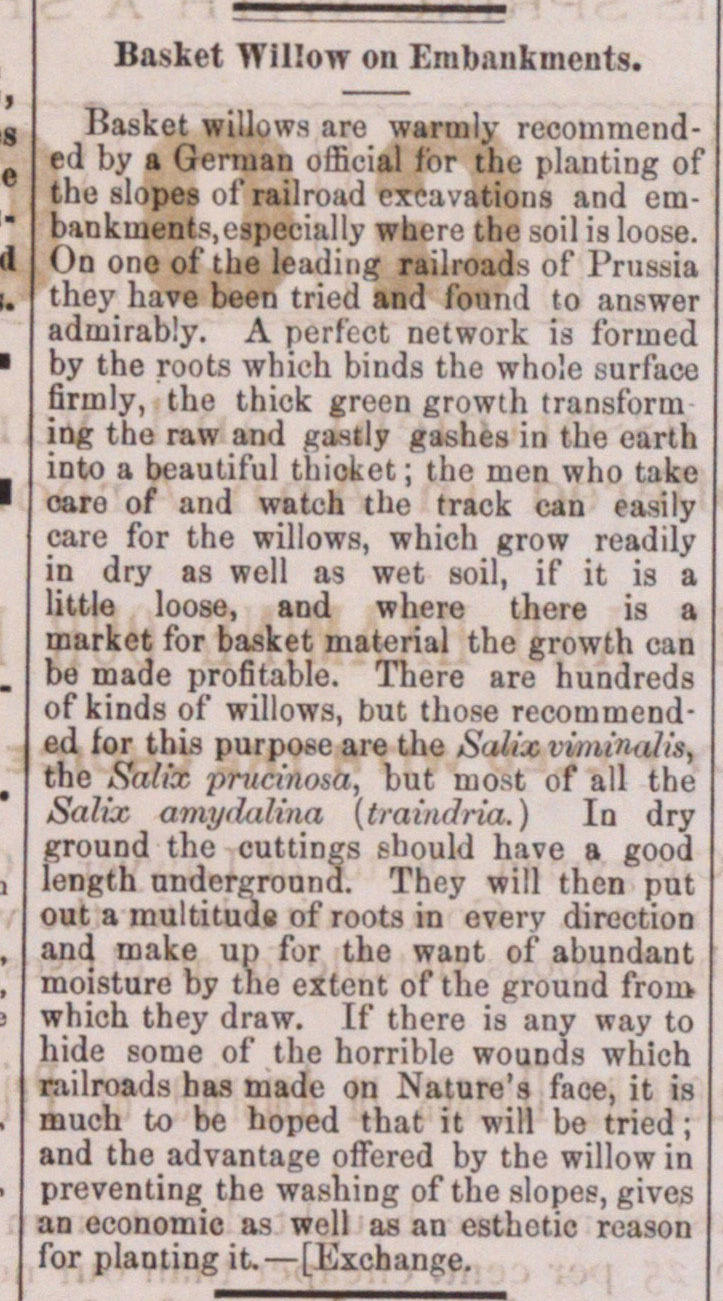 Basket willüws are warmly recommended by a Gernian official for thu planting of the slopes ofrailroad cxeavations and cmbanktuents,ospeci!tlly where the soil is loose. On one of' the leading railroads of Prus.sia they have been tried and fonnd to answer admirably. A perfect network is formeel by the roots which binds the whole surfaeu firinly, the thick green growth transforni ing the raw and gastly gashes in the earth into a beautiful tliioket ; the men who take oaro of and watch the track can tiMy care for the willows, which grow readily in dry as well as wet soil, if it is a little loose, and wliere there is a tnarket for basket material the growth can be made profitable. There are hundreds of kinds of' willows, but those recommended for this purpose are the iulix viminaH, the Sdlt'x pruciñosb, but most of all the Salix amyilidina (traindria.) In dry ground the cuttings should have a good length underground. Thcy will then put out a multitud of roots in every direction and make up for the want of abundant moisture by the extent of the ground frou which they draw. If there is any way to hide some of the horrible wouods which niilroads has made on Nature's face, it is much to be hoped that it will be tried ; and the advantage offered by the willow in preventing the waxhing of the .slopes, gives an economie as well as an esthotic reason