"where Is My Daughter To-night?" 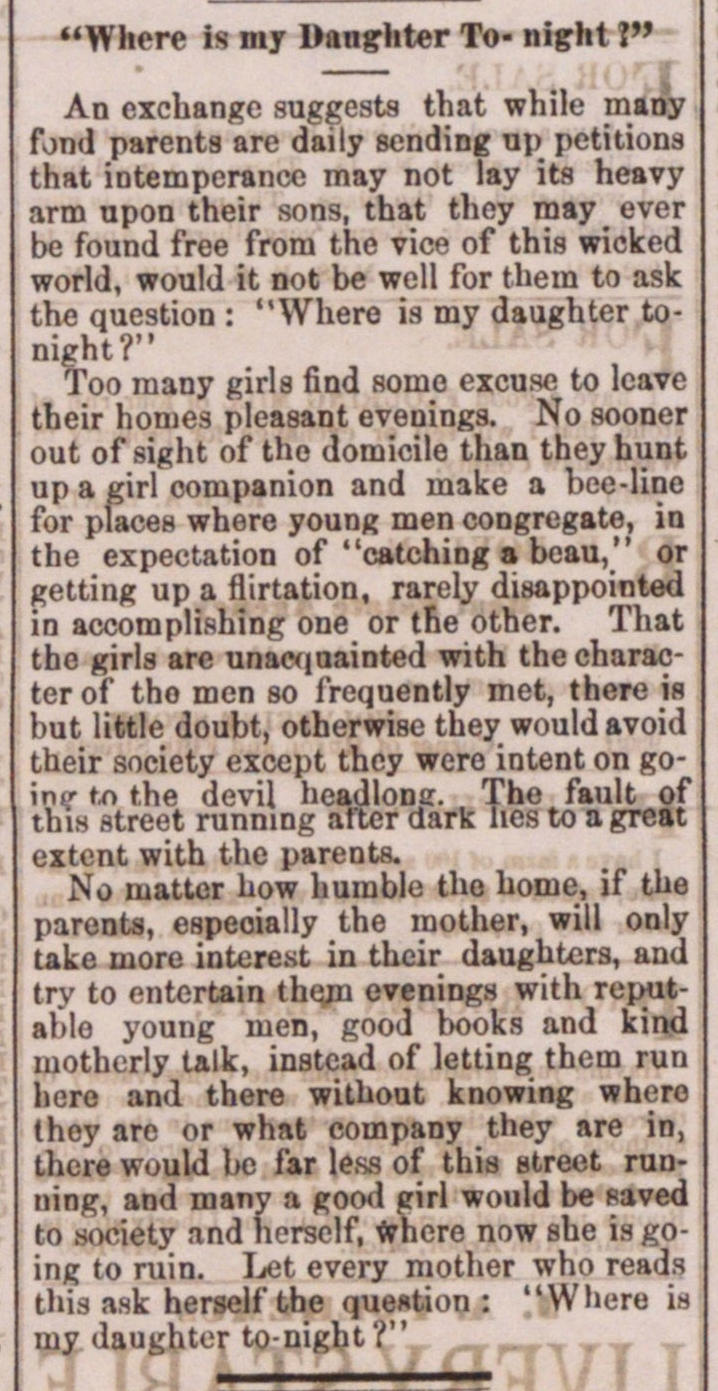 An exchange suggests tliat wniie many fond parents are daily scnding np petitions that intempcrance may not ïay its heavy arm npon their sons, that they may ever be found free from the vice of this wicked world, would it not be well for tliem to ask the question : "Where is my daughter tonight?" Too raany girls find somo excuse to lcave their homes pleasant evenings. No sooner out of sight of the domicile than they hunt up a girl oompanion and make a bce-line for putees where young men congrégate, in the expectation of "catching a beau," or getting up a flirtation, rarely disappointed in accomplishing one or tne other. That the girls are unacqaainted with the character of tho men 80 frequently met, there is but little doubt, otherwise they would avoid their society except they were intent on goinir to the devil headlonc. The fault of this street running after dark lies to a great extent with the parents. No matter uow humble tho home, if the parents, espeoially the mother, will only take more interest in their daughters, and try to entertain then evenings with reputable young men, good books and kind motherly Ulk, inBtcad of letting them run here and there without knowing whero they are or what company they are in, there would bc far less of this street running, and many a good girl would be saved to society and herself, where now she is going to ruin. Let every mother who reads thirf rk herself' the queKtion : "Where is my daughter to-nigbt ?" _.