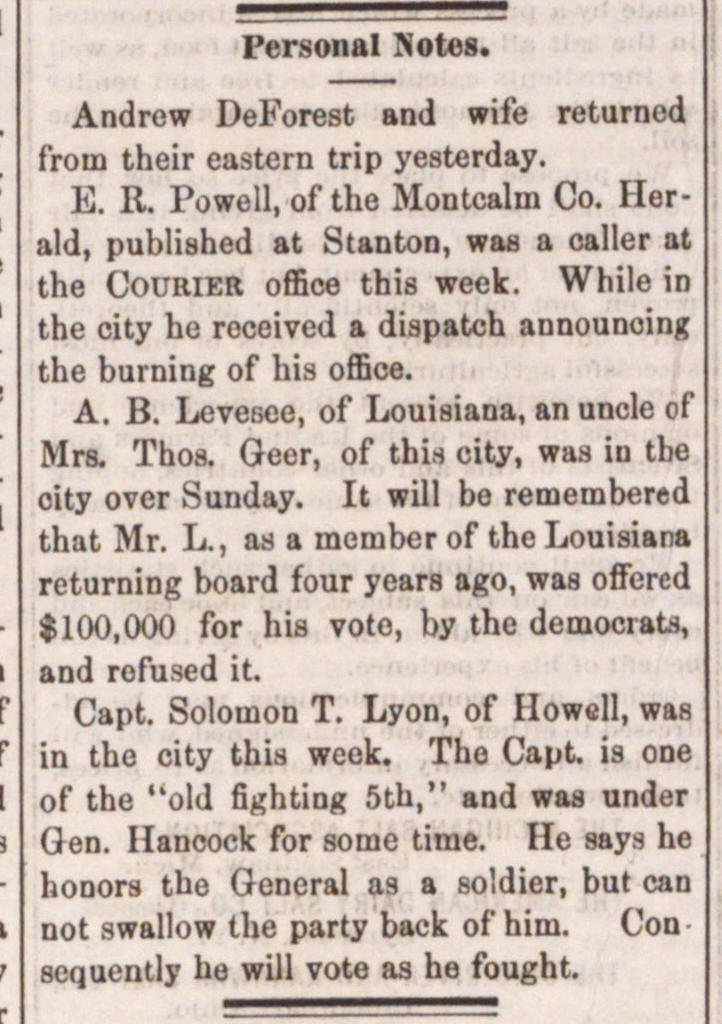 Andrew DeForest and wife returnod from their eastern trip yesterday. E. R. Powell, of the Montcalm Co. Herald, published at Stanton, was a caller at the Courier office this week. While in the city he roceived a diapatch announoing the burning of his office. A. B. Leveüce, of Louisiana, an uncle ol Mrs. Thos. Geer, of tbis city, was in the city over Sunday. It will be remembered that Mr. L., as a mernber of the Louisiana returning board four years ago, was offered $100,000 for his voto, by the demócrata, and rofused it. Capt. Solomon T. Lyon, of Howell, was in tho city this weok. The Capt. is one of the "oíd fitfhting 5th," and waa under Gen. Hancock for somc time. He says he hooors the General as a soldier, but can not swallow the party back of him. Con sequently he will vote as he fought.