The Year Without A Summer 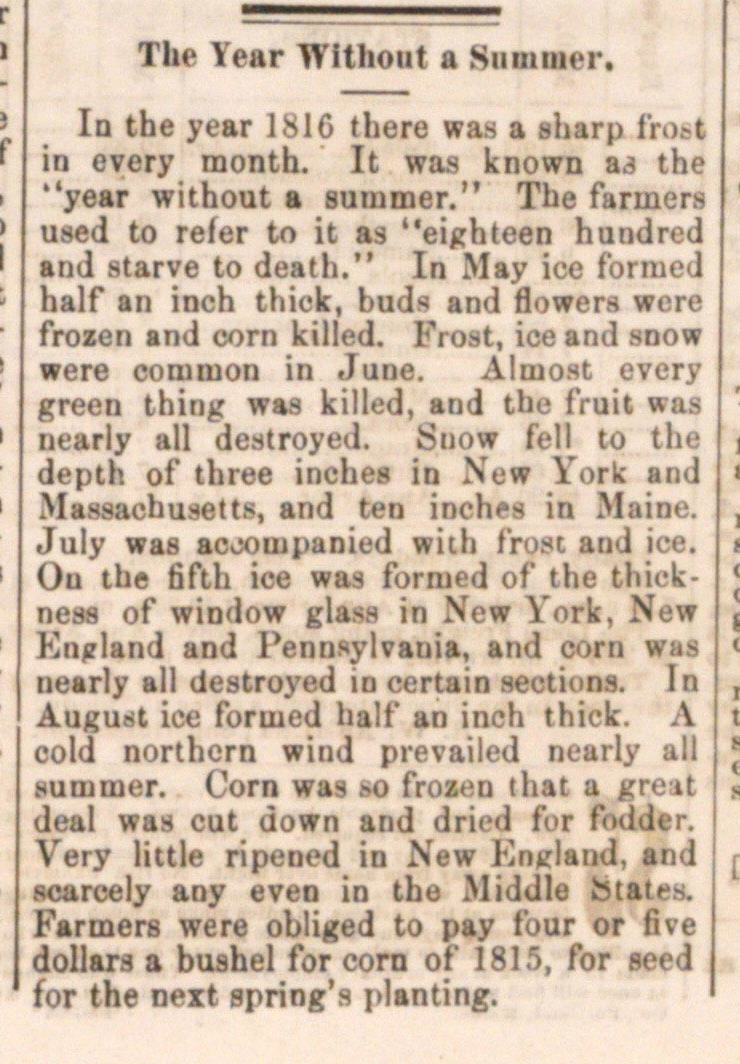 Ia tbe year 1810 there was a sharp iro.-t in every raonth. It was known aá the "year without a suinmer." The farmers used to refer to it as "eijhteen hundrcd and starve to death." In May ice formed half an inch thick, buds and flowers wcre frozen and corn killed. Frost, ice and snow were enmroon in June. Aloiost every green thing was killed, and tbe fruit was nearly all destroyed. Snow feil to the depth of three inches in New York and Mawiohuselts, and ten inchs in Maiiir. July was acjompanied wiih frost au I Ou the fifth ice was formed of' the thiekness of window glass in New Vork, New Knplaiid and Pennsylvania, and corn m nearly all destroyed in certain sectians. In August ice formed half an inch thick. A cold northern wind prevailed nearly all Mummer. Corn was hO froztm that a sreal deal was cut down and dried for fodder. Very little ripened in New Engltnd, and ; ocarcely any even in the Middle States. Farmers were obliged to pay four or five dollars a bushei for corn of 181.5, for seed for the next spring's planting.