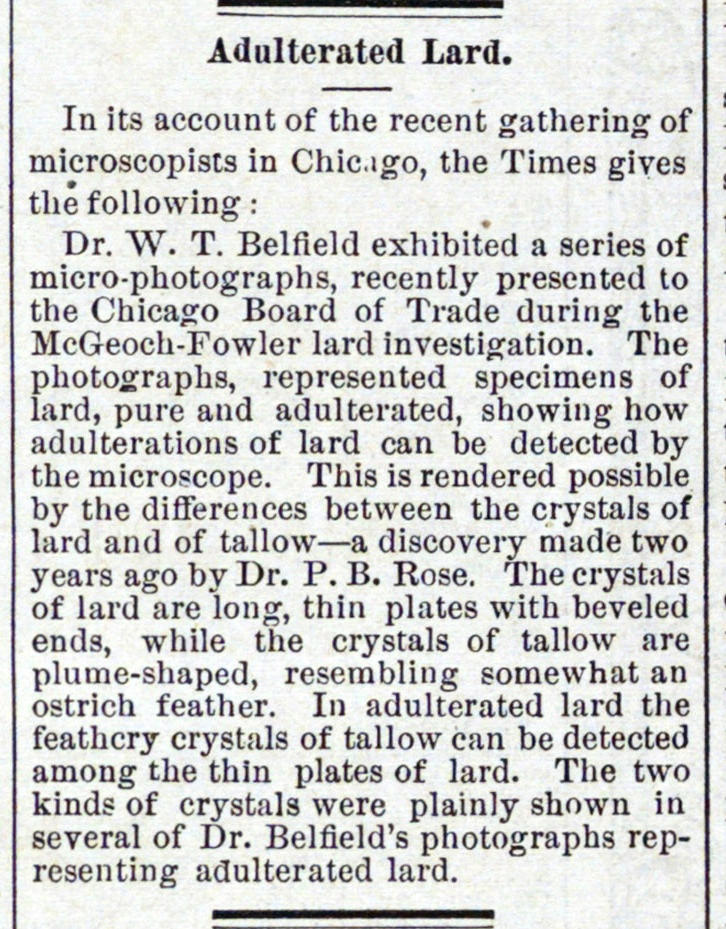 In its account of the recent gathering of microscopists in Chic.igo, the Times gives thé following : Dr. W. T. Belfleld exhibit'ed a series of micro-photographs, recently presented to ;he Chicago Board of Trade during the McGeoch-Fowler lard investigation. The photoojraphs, represented specimens of lard, pure and adulterated, showing how adulterations of lard can he detected by the microscope. This is rendered possible by the differences between the crystals of lard and of tallow - a discovery made two years ago by Dr. P. B. Rose. The crystals of lard are long, thin plates with beveled ends, while the crystals of tallow are plume-shaped, resembling somewhat an ostrich feather. In adulterated lard the feathcry crystals of tallow can be detected among the thin plates of lard. The two kinds of crystals were plainly shown in several of Dr. Belfleld's photographs representing adulterated lard.