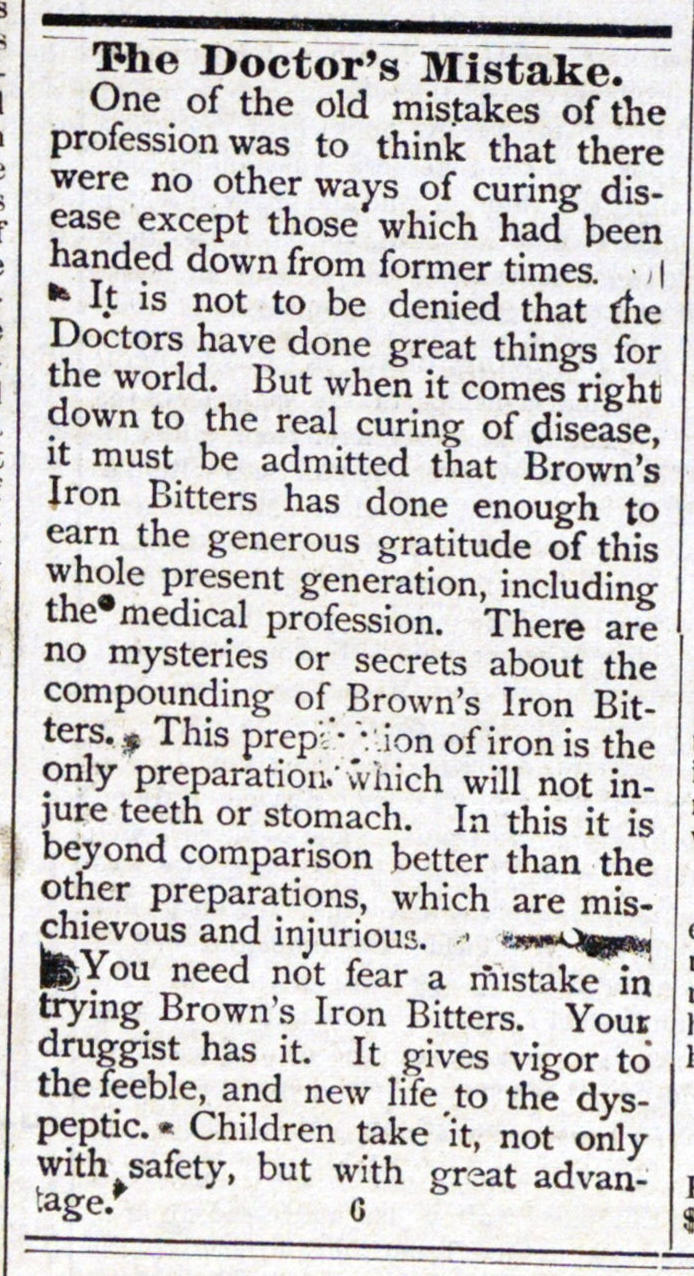 Mie Doctor's Mistake. One of the old misjakes of the profession was to think that there were no other ways of curing disease except those which had been handed down from former times 1 1 kit is not to be denied that'fhe IJoctors have done great things for the world. But when it comes right down to the real curing of disease, it must be admitted that Brown's Iron Bitters has done enough to earn the generous gratitude of this wnole present generation, including the'medical profession. There are no mysteries or secrets about the compounding of Brown's Iron Bitters., This on of iron is the pnly which will not injure teeth or stomach. In this it is beyond comparison better than the other preparations, which are mischievous and injurious. ¦ nu 'i.. g,You need not fear a mistake in rying Brown's Iron Bitters. Yout druggist has it. It gives vigor to thefeeble, and new life to the dyspeptic. Children take 'it, not only with safety, but with great advan¦age. C