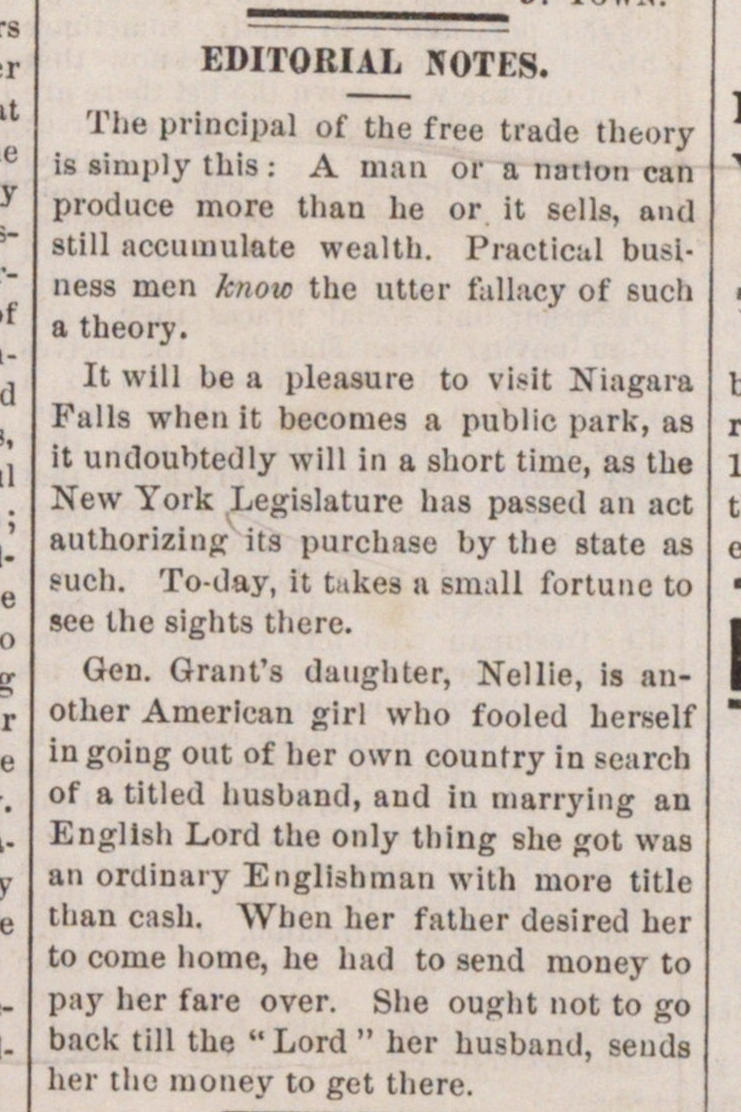 1 lie principal of the free trade theory is ainiply this : A man or a nailon can produce more than he or it sells, and still accuniulate wealth. Practical buiness men knovts the utter fallacy of such a theory. It will be a pleasure to vlslt Niágara Falls when it becomes a public park, as t undoubtedly will In a short time, as the New York jLegialfttUN has passed an act authorizinff its purchasc by the state as such. To-day, it tukes a small fortune to see tlie sights there. Gen. Grant'8 daughter, Nel lie, is another American girl who fooled berself in goiug out of her own country in search of a titled liusband, and in marrying an Engllsh Lord the only thing she ot was an ordinaiy Engllshman with more title than cash. Whcn her father desired her to come home, he had to send money to pay her fare over. She ought not to go back till the "Lord " her husband, sends her tho lllüliev to cot. thprp