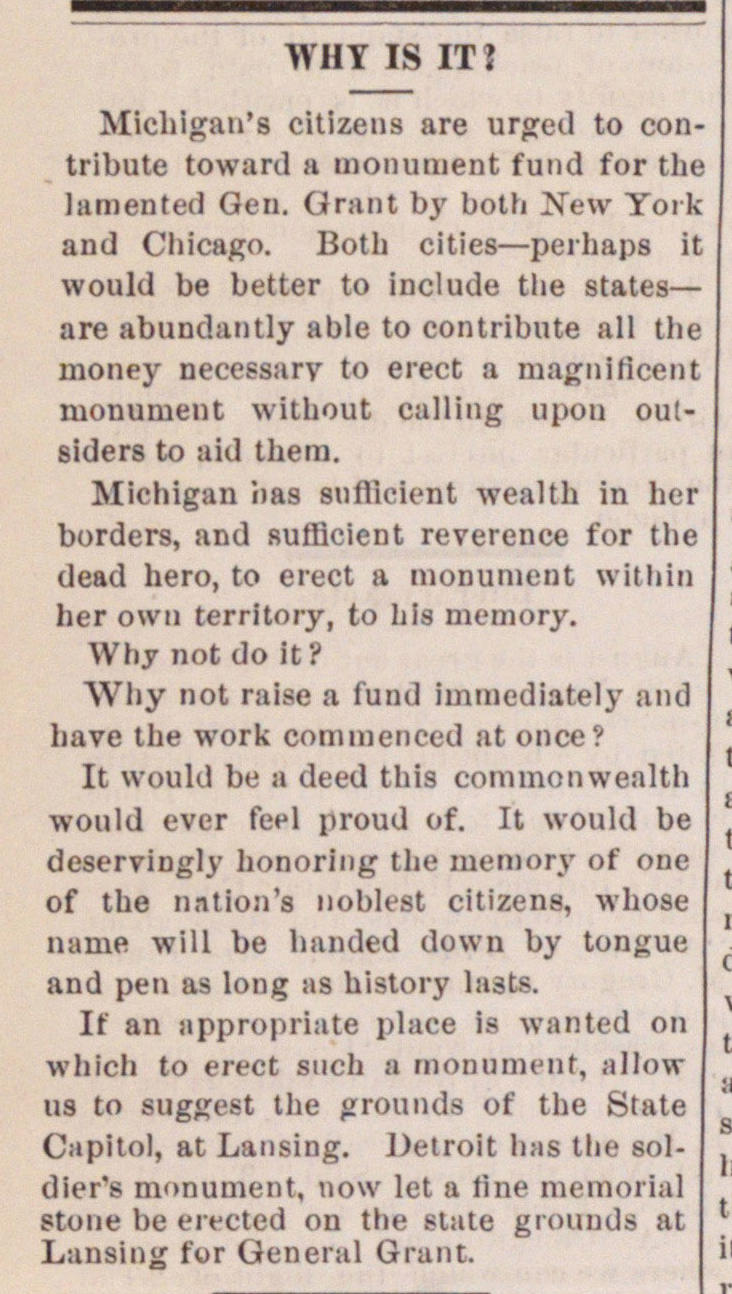 Micbigau's citizens are urged to contribute toward a monument fund for the lamented Gen. Orant by both New York and Chicago. Both cities - perhaps it would be better to include the states - are abundantly able to contribute all the inoney necessarv to erect a magnificent monument without calling upon ou!siders to aid thera. Michigan has suflicient wealth in her borders, and RUfflcient reverence for tlie dead hero, to erect a monument within her ovvii territory, to hls memory. Why not do it? Why not raise a fund immediately and have the work coniinenced at once? It would be u deed this common wealth would ever feel proud of. It would be deservingly honoring the memory of one of the natlon'l noblest citizens, whose name will be banded down by tongue and pen as long as history laste. If an appropriate place is wantod on which to erect such a monument, allow lis to sugitest the rounds of the State Capitol, at Lansing. Detroit lias the soldier's monument, now let a line memoria] stone be erected on the state grounda at Lausing tur General Grant.