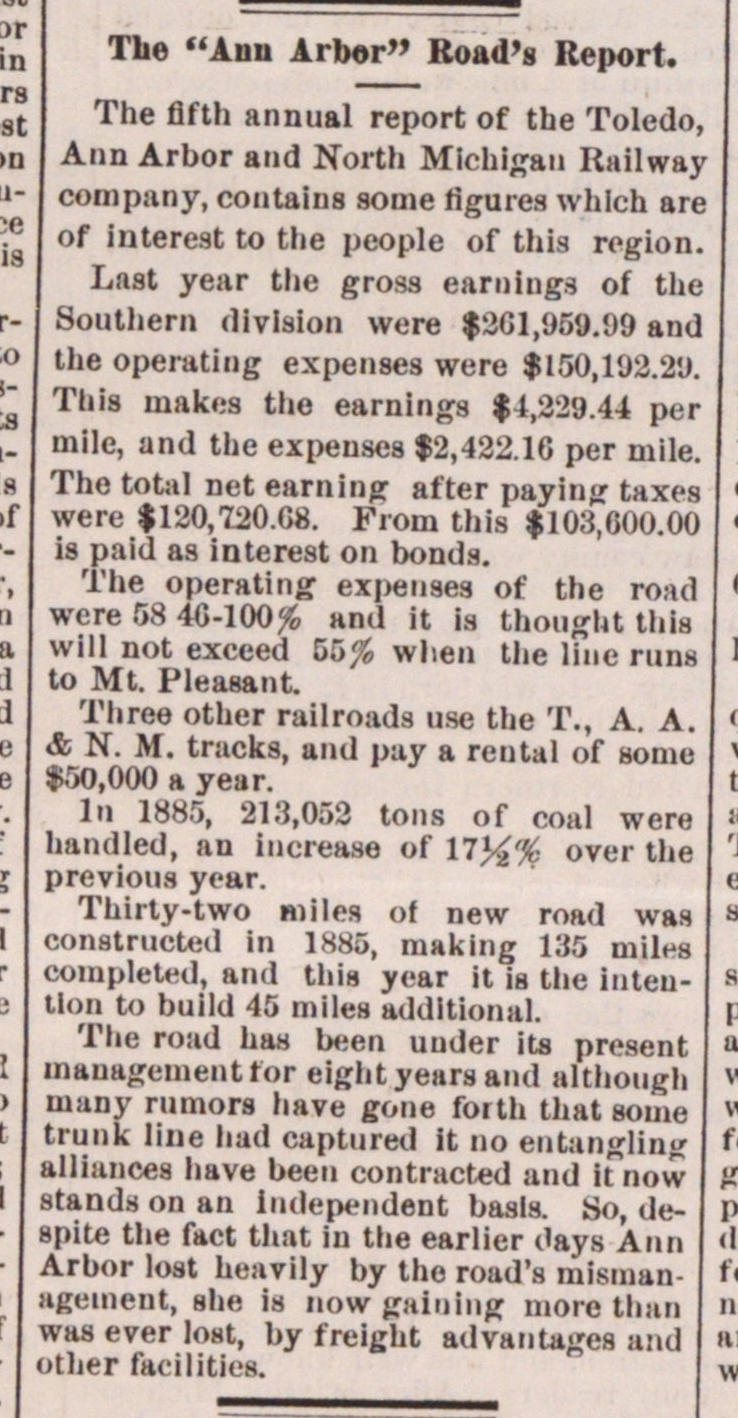 The fifth animal report of the Toledo, Aun Arbor and North Michigan Kailway company, contains sonie figures whlch are of interest to the people of this región. Last year the gross earning of the Southern división were $2G1,959.99 and the operating expenses were $150,192.29. This niakes tlie earnings $4,229.44 per mile, and the expenses f2,422.16 per mile. The total net eurning after payinjr taxes were 1120,720.(58. From this $103,000.00 is p:iid as interest on bonds. The operating expenses of the Kttd were 58 40-100% and it is thought this will not exceed D5# wlien the line runs to Mt. Pleasant. Three other railroads use the T., A. A. & N. M. tracks, and pay a rental of sonie .vi nnn a ..„ 5O,00O a year. In 1885, 118,063 tons of cou] were handled, an increase of 174% over the previous year. Thirty-two miles of new road was constructed in 1885, making 135 miles completed, and thm year it U the iuteutlon to build 45 miles addltional. The road has been uuder te present management for eightyearsand altlioiigh uiany rumors have gone forth that some trunk line had captured it no entangUng alliances have been contracted and it now stands on an independent basis. So, despite the fact that in the earlier Oays Arm Arbor lost heavily by the road's misiiiun agenient, she is now niolng more tliun was ever lost, hy freight advanUjies and other fatilities.