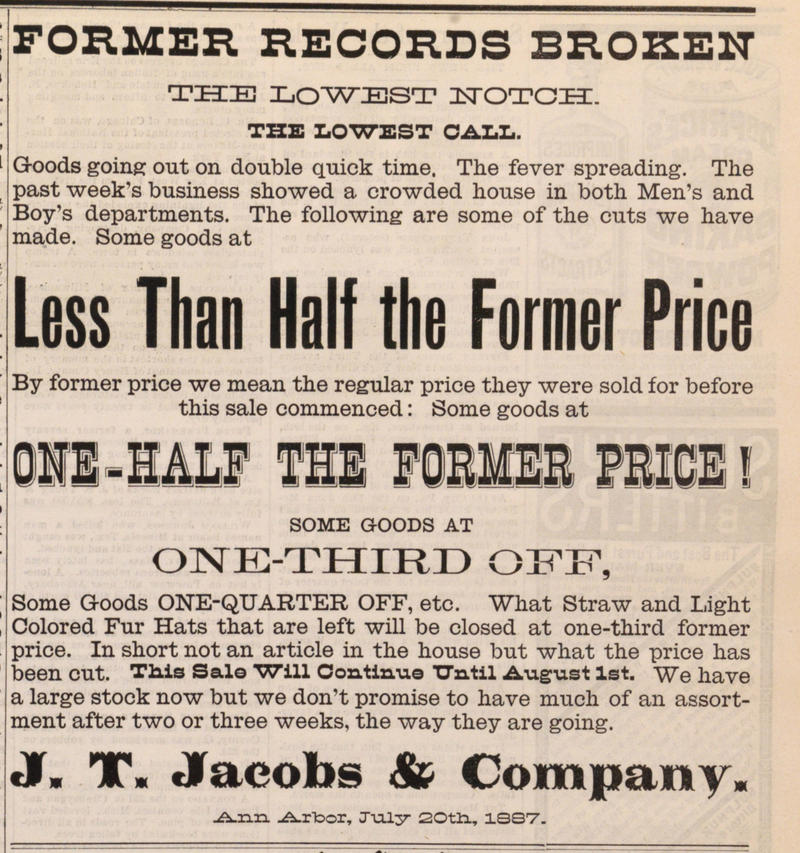 THE LOWEST IOTOH. TBS LOWEST CALL. G-oods going out on doublé quick time. The fever spreading. The past week's business showed a crowded house in both Men's and Boy's departments. The following are some of the cuts we have made. Some goods at Less Than Half the Former Price By former price we mean the regular price they were sold for before this sale commenced : Some goods at ONE -HALF f II FORMER PRICE I SOME QOODS AT ONE-THIRD OITIT, Some Goods ONE-QUARTER OFF, etc. What Straw and Light Colored Fur Hats that are left will be closed at one-third former price. In short not an article in the house but what the price has been cut. Thls SalO Will Continue TTntil August lst. We have a large stock now but we don't promise to have much of an assortment after two or three weeks, the way they are going. d. T Jacobs & Company. -A.nii .A.r"bor, Tulsr 2Otïi, 1887.