The news of the death of Rev. John Alaba... 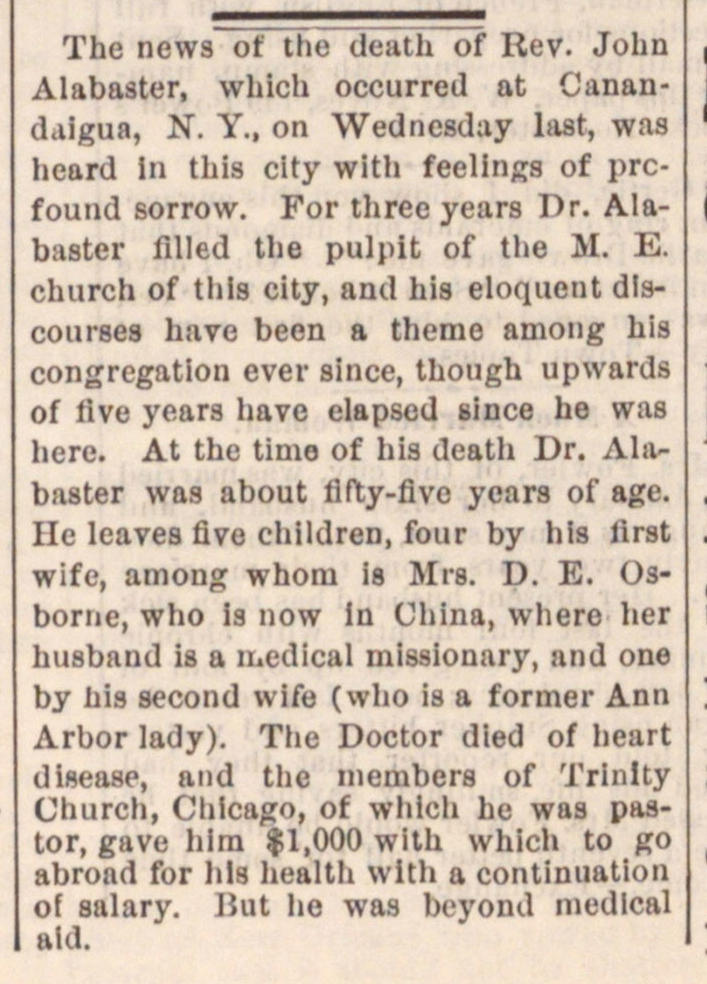 The news of the death of Rev. John Alabaster, which occurred at Canand.iigua, N. Y., on Wednesday last, was heard In this city with feelings of prcfound sorrow. For three years Dr. Alabaster filled the pulpit of the M. E. church of thls city, and bis eloquent dlscourses have been a themo among his congregatlon ever since, though upwards of five years have elapsed gince he was here. At the time of his death Dr. Alabaster was about tlfty-flvc years of age. He leaves five children, four by hls iirst wife, among whoni ig Mrg. D. E. Osborne, who is now in China, where her husband is a medical rnissionary, and one by I)i9 second wife (who is a former Anti Arbor lady). The Doctor dled of heart disease, and the members of Trinity Church, Chicago, of which he was pastor, gave liim $1,000 wlth which to go abroad for hls health wlth a continuatio of salary. I5ut he was beyond medical ald.