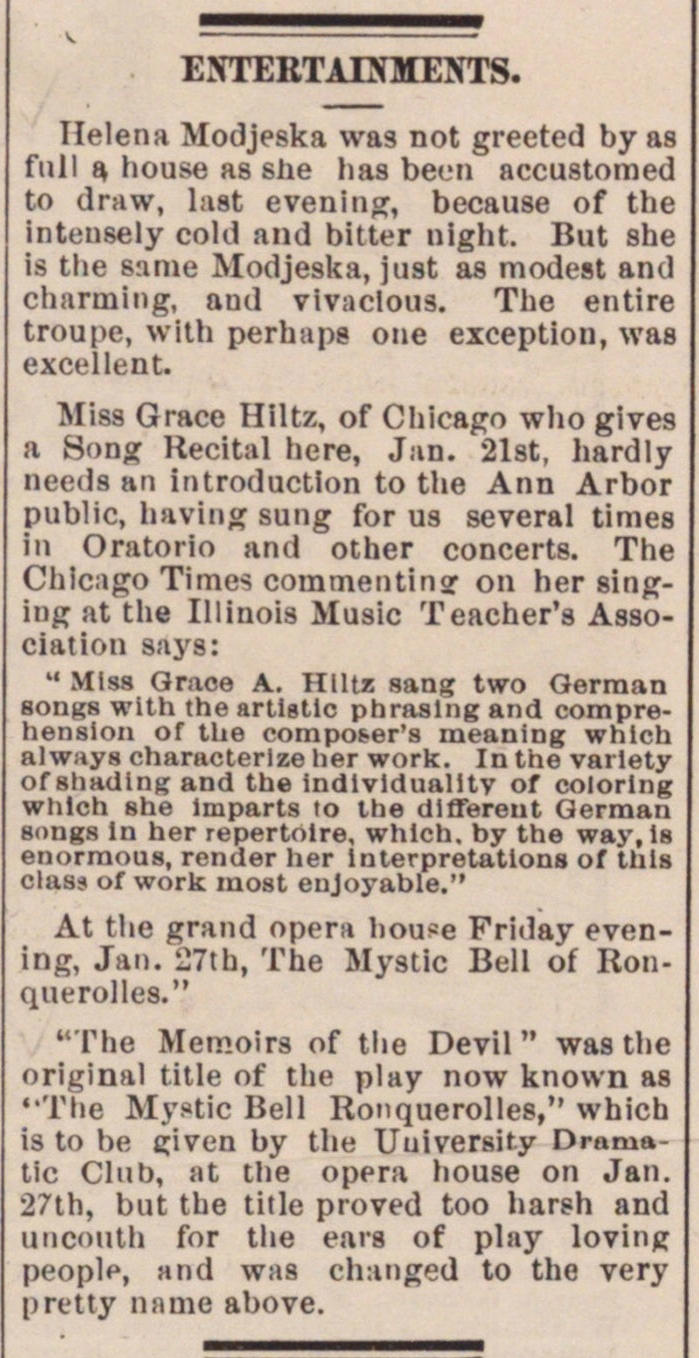 Helena Modjeska was not greeted by as full a house as she has been accustomed to draw, last evening, because of the intensely cold and bitter night. But she is the same Modjeska, just as modest and charming, and vivacious. The entire troupe, with perhaps one exception, was excellent. Miss Grace Hiltz, of Chicago who gives a Song Recital here, Jan. 21st, hardly needs an introduction to the Ann Arbor public, having sung for us several times In Oratorio and other concerts. The Chicago Times commenting on her singing at the Illinois Music Teacher's Association says's : " Miss Grace A. Hiltz sang two German songs with the artistic phrasing and comprehension of the composer's meaning which always characterize her work. In the variety of shading and the individuality of coloring which she imparts to the different German songs in her repertoire, which, by the way, is enormous, render her interpretations of this class of work most enjoyable." At the grand opera house Friday evening, Jan. 27th, The Mystic Bell of Ronquerolles." "The Memoirs of the Devil " was the original title of the play now known as "The Mystic Bell Ronquerolles," which is to be given by the University Dramatic Club, at the opera house on Jan. 27th, but the title proved too harsh and uncouth for the ears of play loving people, and was changed to the very pretty name above.