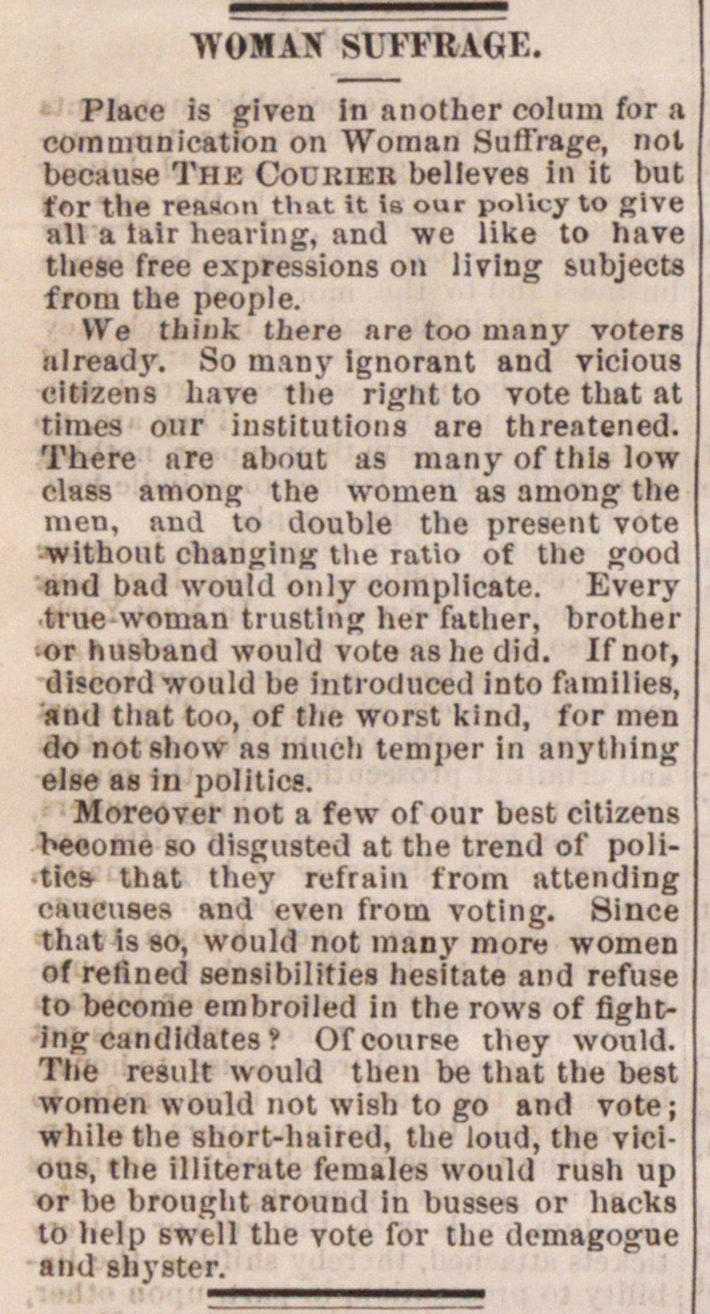 Place is given In another colum for a commiinication on Woman Suffrage, nol beesuse The Coukier belleves in it but tor the reftoii that it ts our policy to give all a tair hearing, and we like to have these free expressions on living subjects f rom the people. We think there are too many voters already. So man y ignorant and vicious citizens liave the right to vote that at times our institutions are threatened. There nre about as many of this low class among the woinen as amonr the men, nud to doublé the present vote without chanfiiiiK tlie ratio of the good and bad would only complícate. Every ¦true woman trugtlng her father, brother or hnsband would vote as he did. If nof, discord would be introduced into families, ünd that too, of the worst kind, for men do not show as much temper in anything else as in politics. Moreover not a few of our best citizens r-eoonie so disgusted at the trend of politie that tliey refrain trom attending oaucuses and even from voting. Bince that is so, would not many more women of rerined sensibilities hesitate and refuse to become embroiled in the rows of fighting candidates? Ofcourse they wonld. The result would tuen be that the best women would not wish to go and vote; while the short-haired, the loud, the viciouf, the illiterate females wonld rush up or be brought around in busses or liacks to help 6well the vote for the demagoofue and shyster.