"up Against The Wall & Off The Reservation, Motherfucker." 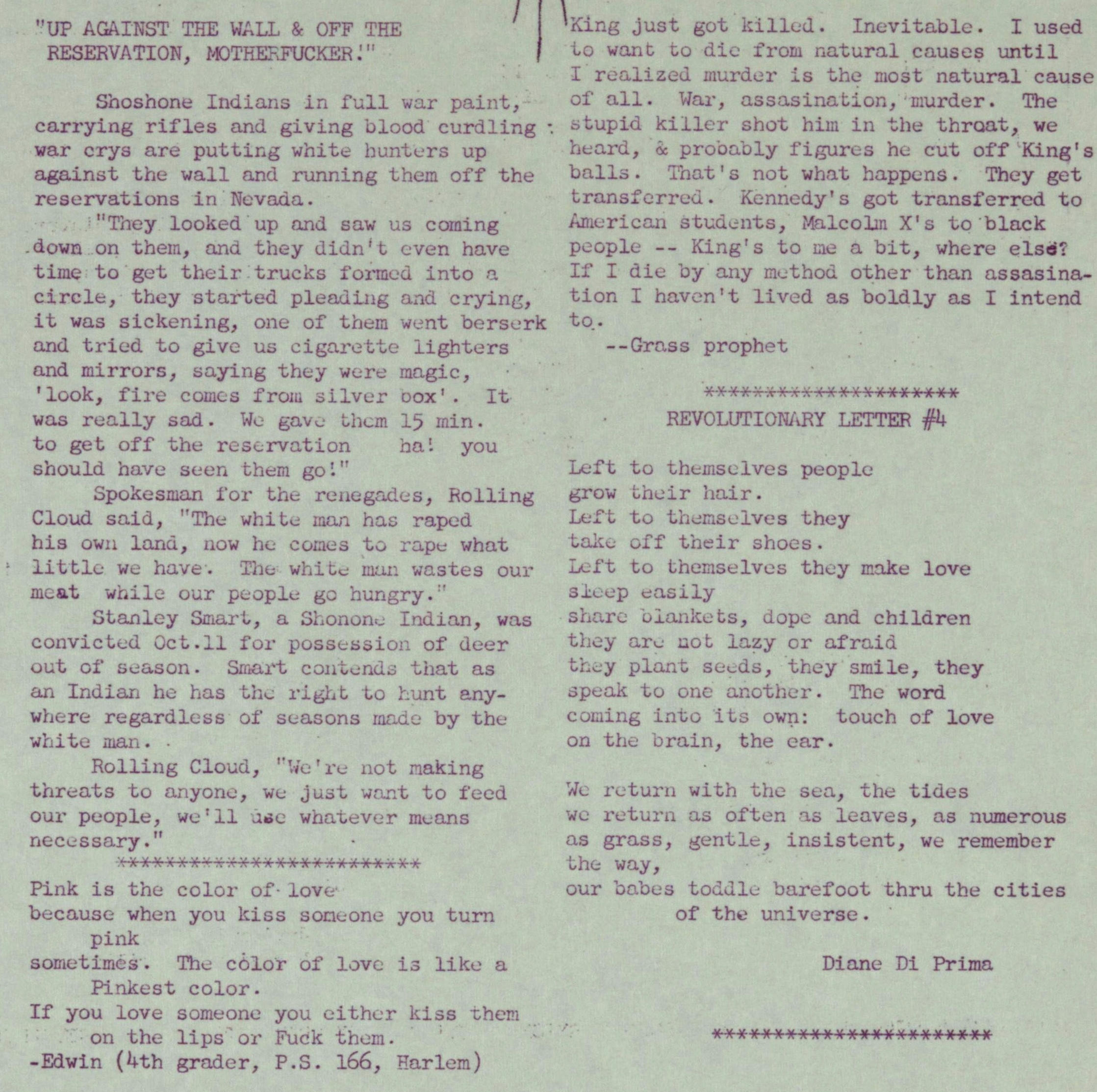 "UP AGAINST THE WALL & OFF THE RESERVATION, MOTHERFUCKER."

Shoshone Indians in full war paint, carrying rifles and giving blood curdling : war crys are putting white hunters up against the wall and running them off the reservations in Nevada.

"They looked up and saw us coming -down on them, and they didn't even have time to get their trucks formed into r. circle, they started pleading and crying, it was sickening, one of them went berserk and tried to give us cigarette lighters and mirrors, saying they were magic, 'look, fire comes from silver box'. It was really sad. We gave them 15 min to get off the reservation ha! you should have seen them go!"

Spokesman for the renegades, Rolling Cloud said, "The white man has raped his own land, how he comes to rape what little we have. The white man: wastes our meat while our people go hungry."

Stanley Smart, a Shonone Indian, was convicted Oct. 11 for possession of deer out of season. Smart contends that as an Indian he has the right to hunt anywhere regardless of seasons rar.de by the white man.

Rolling Cloud, "We're not making threats to anyone, we just want to feed our people, we'll use whatever means necessary."

If you love someone you either kiss them on the lips or Fuck them. -Edwin (4th grader, P.S. 166, Harlem)

King just got killed. Inevitable. I used to want to die f rom natural causes until I realized murder is the most natural cause of all. War, assassination, murder. The stupid killer shot him in the throat, we heard, & probably figures he cut off King's balls . That's not what happens . They get transferred. Kennedy' s got transferred to American students, Malcolm X's to black people -- King's to me a bit, where else? If I die by any method other than assassination I haven 't lived as boldly as I intend to.

Left to themselves people

Left to themselves they

take off their shoes.

Left to themselves they make love

they are not lazy or afraid

they plant seeds, they smile, they

speak to one another. The word

coming into its own: touch of love

on the brain, the car.

We return with the son, the tides

we return as often as leaves, as numerous

as grass, gentle, insistent, we remember

our babes toddle barefoot thru the cities