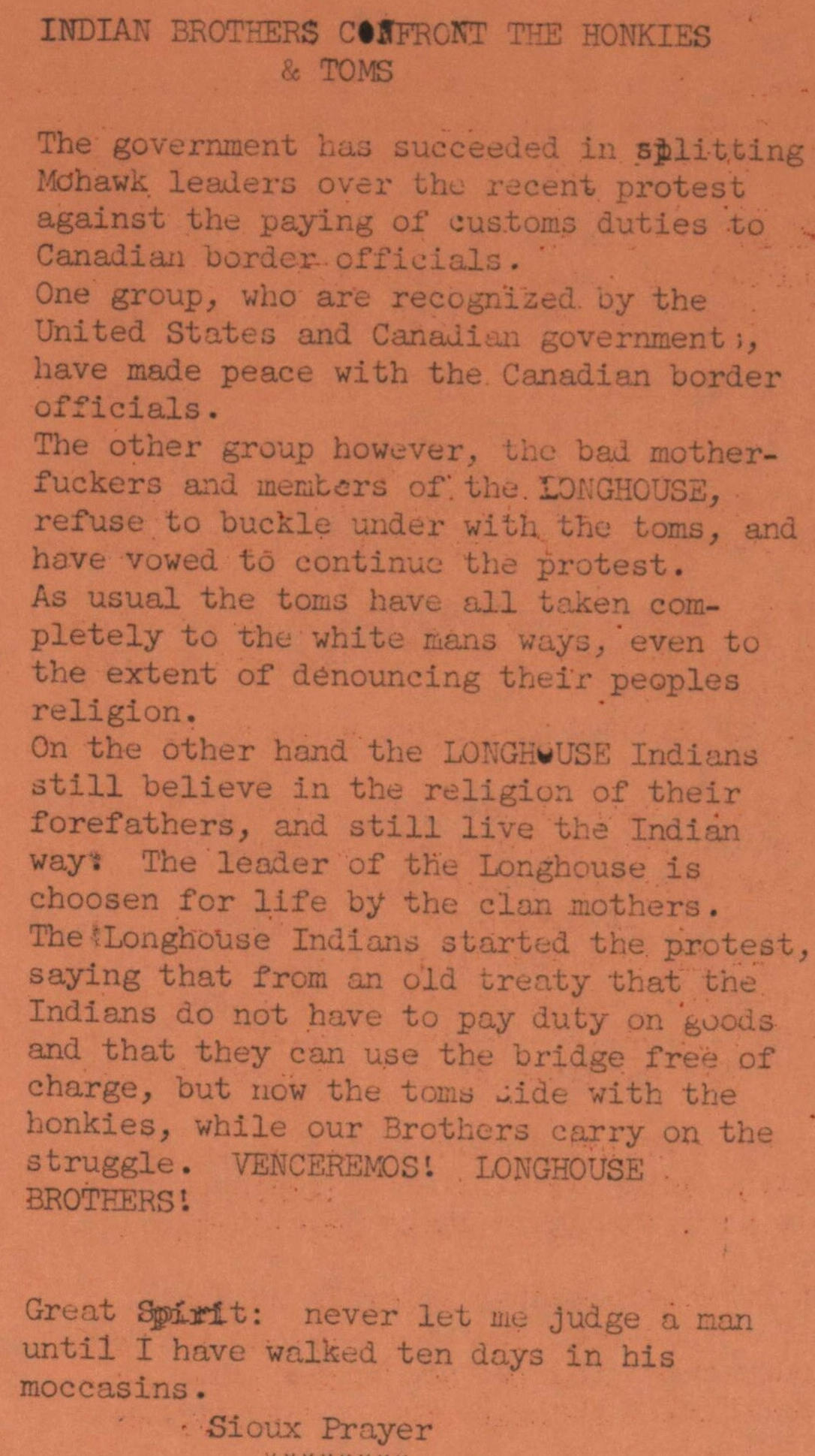 The government has succeeded in splitting Mohawk leaders over the recent protest against the paying of customs duties to Canadian border officials.

One group, who are recognized  by the United States and Canadian goverment, have made peace with the Canadian, border officials.

The other group however, the bad motherfuckers and members of the LONGHOUSE, refuse to buckle under with the toms, and have vowed to continue the protest.  As usual the toms have all taken completely to the white mans ways, even to the extent of denouncing their peoples religion.

On the other hand the LONGHOUSE Indians still believe in the religion of their forefathers, and still live the Indian way.  The leader of the Longhouse is chosen for life by the clan mothers.  The Longhouse Indians started the protest, saying that from an old treaty that the Indians do not have to pay duty on goods and that they can use the bridge free of charge, but now the toms side with the honkies, while our Brothers carry on the struggle.   VENCEREMOS! LONGHOUSE BROTHERS!