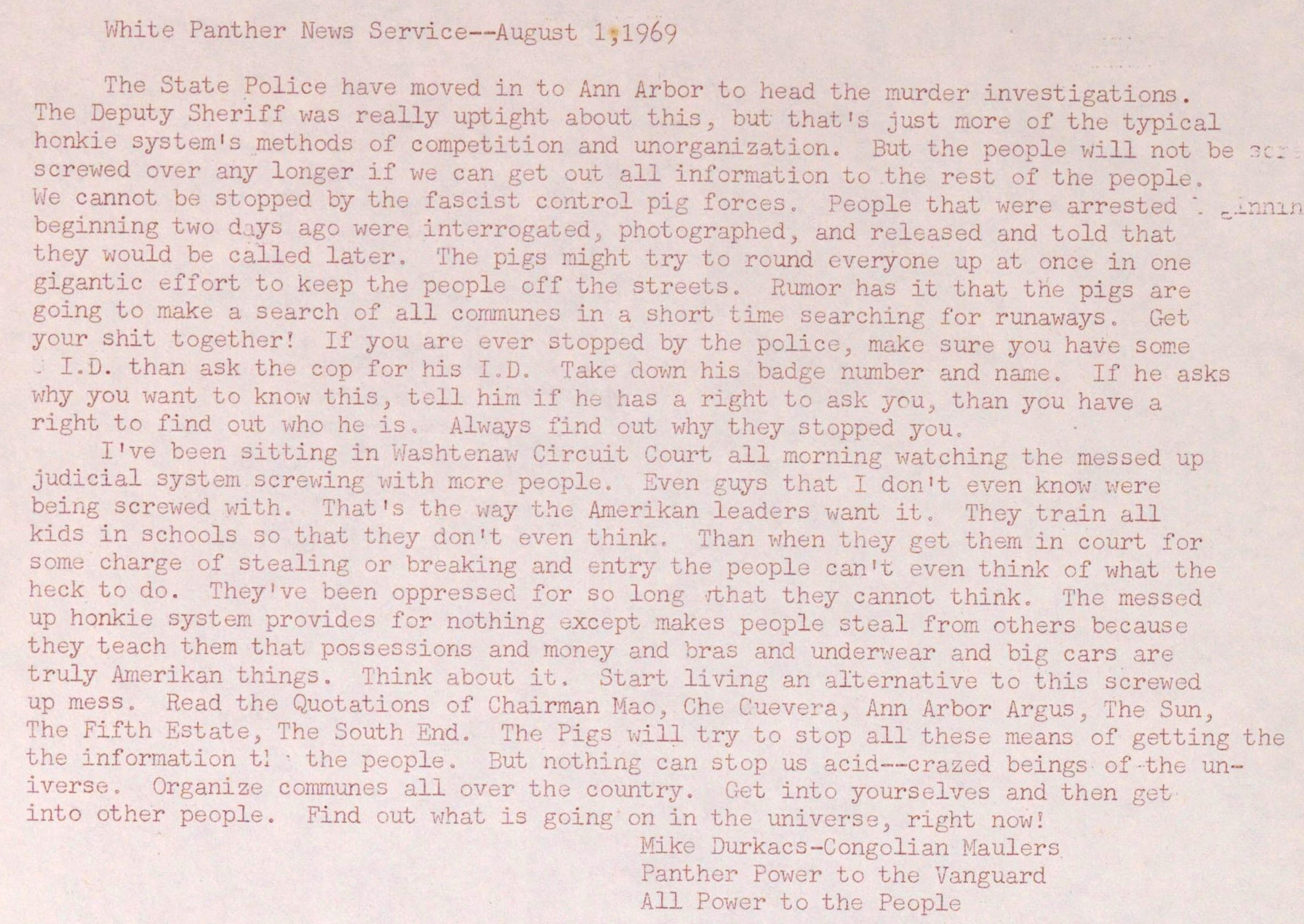 The State Police have moved in to Ann Arbor to head the murder investigations. The Deputy Sheriff was really uptight about this, but that's just more of the typical honkie system's methods of competition and unorganization. But the people will not be screwed over any longer if we can get out all information to the rest of the people. We cannot be stopped by the fascist control pig forces. People that were arrested beginning two days ago were interrogated, photographed, and released and told that they would be called later. The pigs might try to round everyone up at once in one gigantic effort to keep the people off the streets. Rumor has it that the pigs are going to make a search of all communes in a short time searching for runaways. Get your shit together! If you are ever stopped by the police, make sure you have some I.D. than ask the cop for his I.D. Take down his badge number and name. If he asks why you want to know this, tell him if he has a right to ask you, than you have a right to find out who he is. Always find out why they stopped you.

I've been sitting in Washtenaw Circuit Court all morning watching the messed up judicial system screwing with more people. Even guys that I don't even know were being screwed with. That's the way the Amerikan leaders want it. They train all kids in schools so that they don't even think. Than when they get them in court for some charge of stealing or breaking and entry the people can't even think of what the heck to do. They've been oppressed for so long that they cannot think. The messed up honkie system provides for nothing except makes people steal from others because they teach them that possessions and money and bras and underwear and big cars are truly Amerikan things. Think about it. Start living an alternative to this screwed up mess. Read the Quotations of Chairman Mao, Che Guevera, Ann Arbor Argus, The Sun, The Fifth Estate, The South End. The Pigs will try to stop all these means of getting the the information to the people. But nothing can stop us acid - crazed beings of the universe. Organize communes all over the country. Get into yourselves and then get into other people. Find out what is going on in the universe, right now!