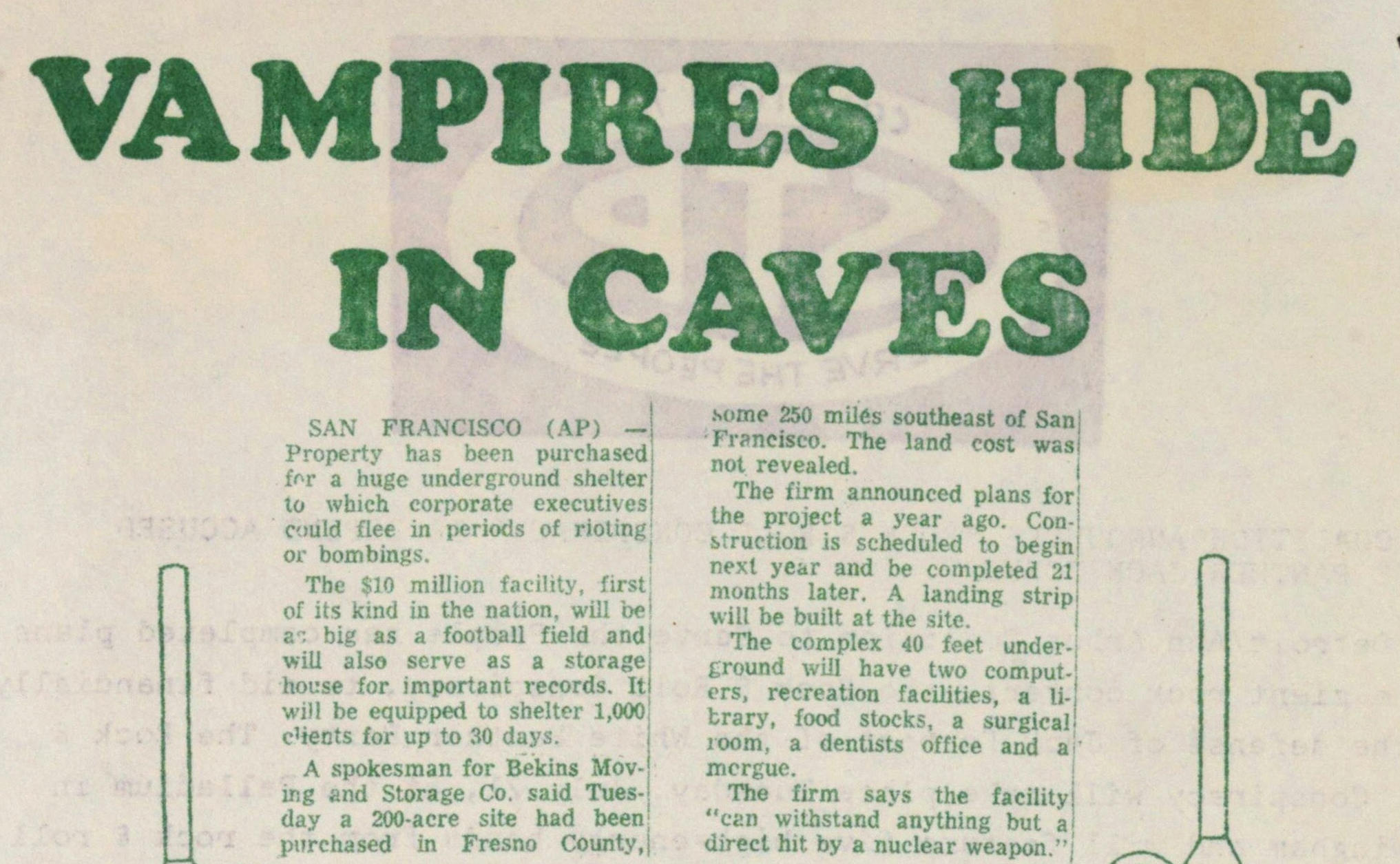 SAN FRANCISCO (AP) - Property has been purchased for a huge underground shelter to which corporate executives could flee in periods of rioting or bombings.

The $10 million facility, first of its kind in the nation, will be as big as a football field and will also serve as a storage house for important records. It will be equipped to shelter 1,000 clients for up to 30 days.

A spokesman for Bekins Moving and Storage Co. said Tuesday a 200-acre site had been purchased in Fresno County, some 250 miles southeast of San Francisco. The land cost was not revealed.

The firm announced plans for the project a year ago. Construction is scheduled to begin next year and be completed 21 months later. A landing strip will be built at the site.

The complex 40 feet underground will have two computers, recreation facilities, a library, food stocks, a surgical room, a dentists office and a morgue.

The firm says the facility "can withstand anything but a direct hit by a nuclear weapon."