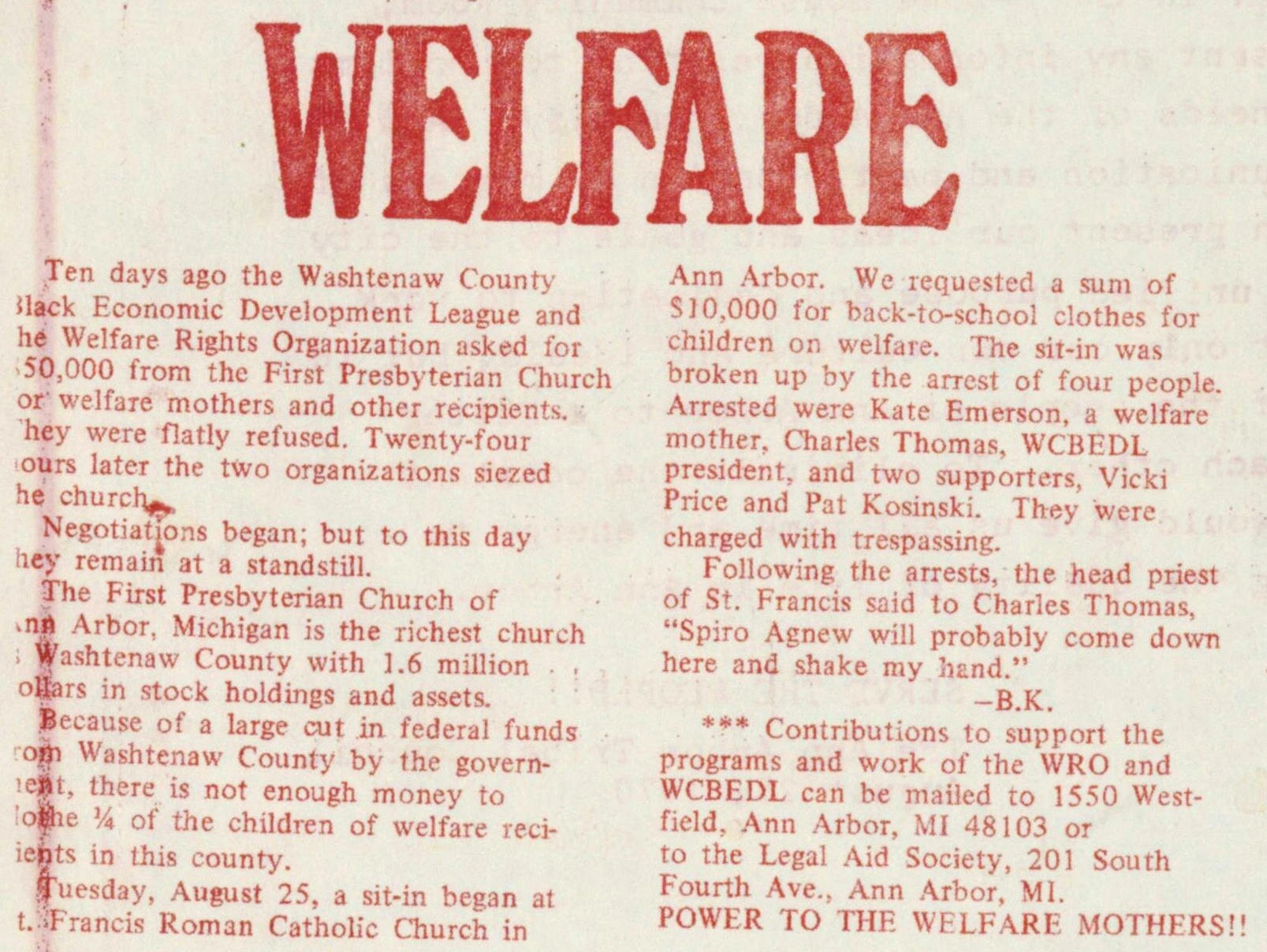 Ten days ago the Washtenaw County Black Economic Development League and the Welfare Rights Organization asked for $50,000 from the First Presbyterian Church for welfare mothers and other recipients. They were flatly refused. Twenty-four hours later the two organizations seized the church.

Negotiations began; but to this day they remain at a standstill.

The First Presbyterian Church of Ann Arbor, Michigan is the richest church in Washtenaw County with 1.6 million dollars in stock holdings and assets.

Because of a large cut in federal funds from Washtenaw County by the government, there is not enough money to clothe 1/4 of the children of welfare recipients in this county.

Tuesday, August 25, a sit-in began at St. Francis Roman Catholic Church in Ann Arbor. We requested a sum of $10,000 tor back-to-school clothes for children on welfare. The sit-in was broken up by the arrest of four people. Arrested were Kate Emerson, a welfare mother, Charles Thomas, WCBEDL president, and two supporters, Vicki Price and Pat Kosinski. They were charged with trespassing.

Following the arrests, the head priest of St. Francis said to Charles Thomas, "Spiro Agnew will probably come down here and shake my hand."

*** Contributions to support the programs and work of the WRO and WCBEDL can be mailed to 1550 Westfield, Ann Arbor, MI 48103 or to the Legal Aid Society, 201 South Fourth Ave., Ann Arbor, MI.
POWER TO THE WELFARE MOTHERS!!