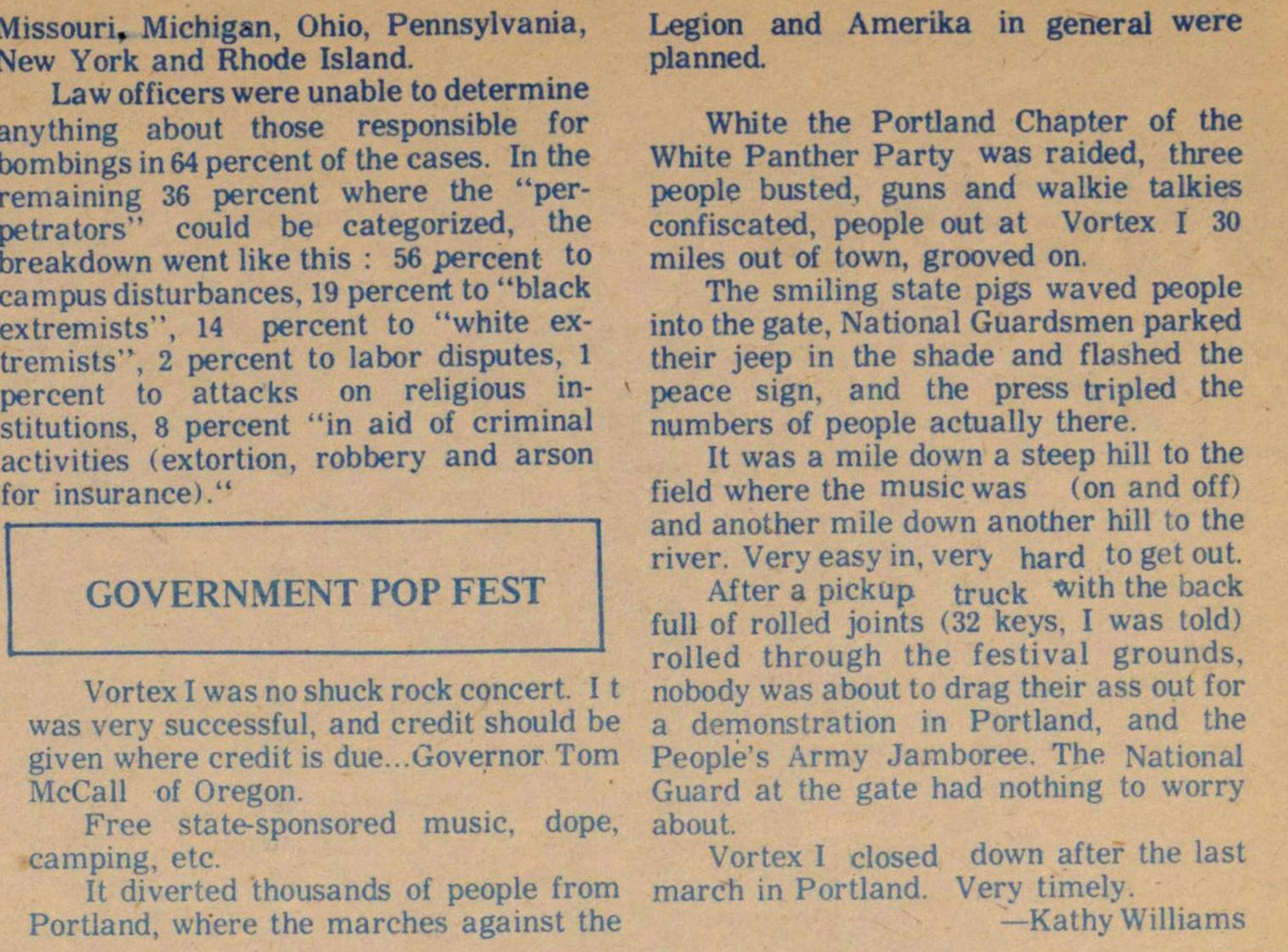 Vortex I was no shuck rock concert. I t was very successful, and credit should be given where credit is due... Governor Tom McCall of Oregon. Free state-sponsored music, dope, camping, etc. It diverted thousands of people from Portland, where the marches against the Legión and Amerika in general were planned. White the Portland Chapter of the White Panther Party was raided, three people busted, guns and walkie talkies confiscated, people out at Vortex I 30 miles out of town, grooved on. The smiling state pigs waved people into the gate, National Guardsmen parked their jeep in the shade and flashed the peace sign, and the press tripled the numbers of people actually there. It was a mile down a steep hill to the field where the musicwas (on and off) and another mile down another hill to the river. Very easy in, very hard to get out. After a pickup truck wth the back full of rolled joints (32 keys, I was told) rolled through the festival grounds, nobody was about to drag their ass out for a demonstration in Portland, and the Peoplé's Army Jamboree. The National Guard at the gate had nothing to worry about. Vortex I closed down aftef the last march in Portland. Very timely.