Censorship Around The World 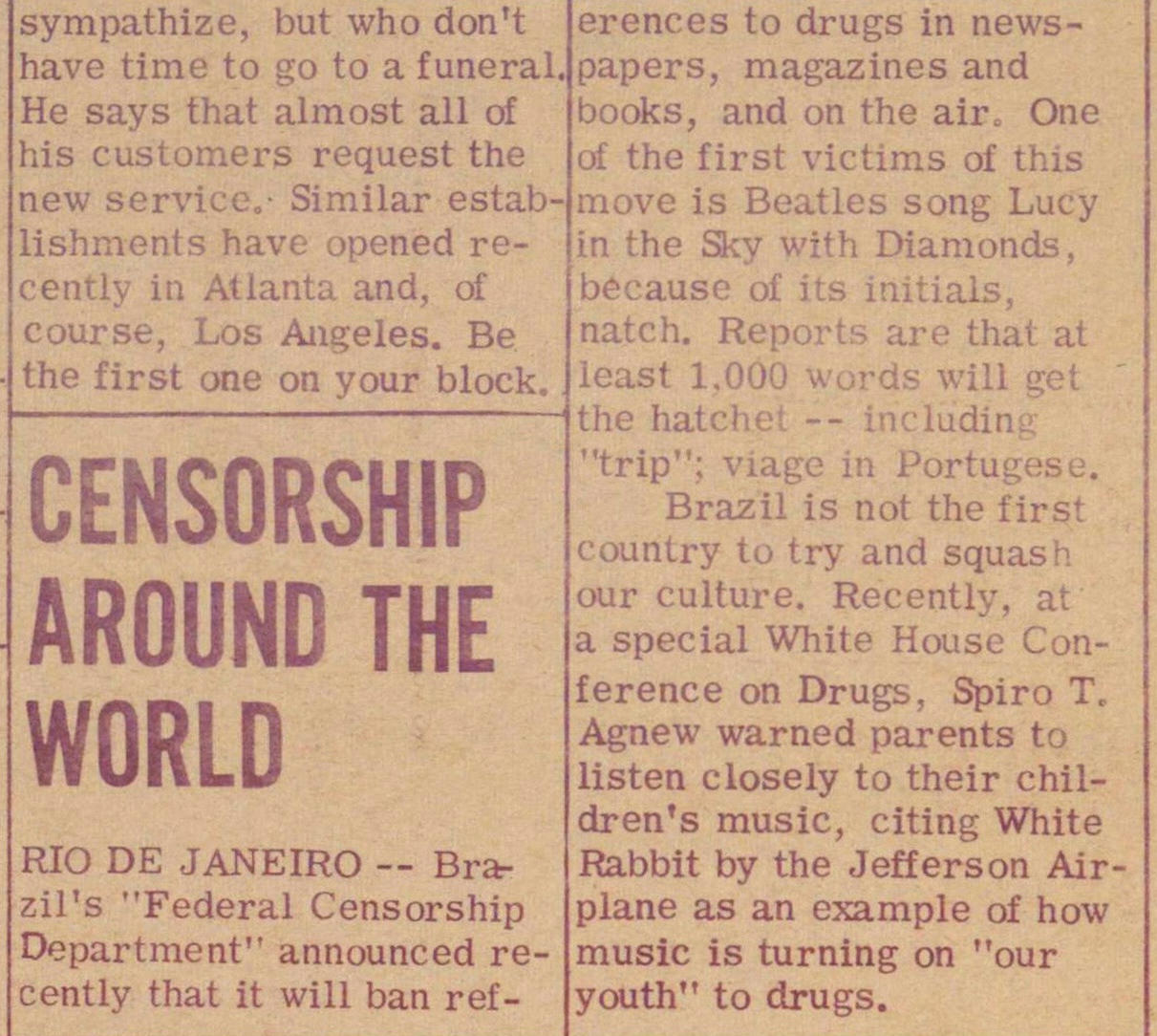 CENSORSHIP AROUND THE WORLD

RIO DE JANEIRO - Brazil's "Federal Censorship Department" announced recently that it will ban references to drugs in newspapers, magazines and books, and on the air. One of the first victims of this move is Beatles song Lucy in the Sky with Diamonds, because of its initials, natch. Reports are that at least 1.000 words will get the hatchet -- including "trip"; viage in Portugese.

Brazil is not the first country to try and squash our culture. Recently, at a special White House Conference on Drugs, Spiro T. Agnew warned parents to listen closely to their children's music, citing White Rabbit by the Jefferson Airplane as an example of how music is turning on "our youth" to drugs.