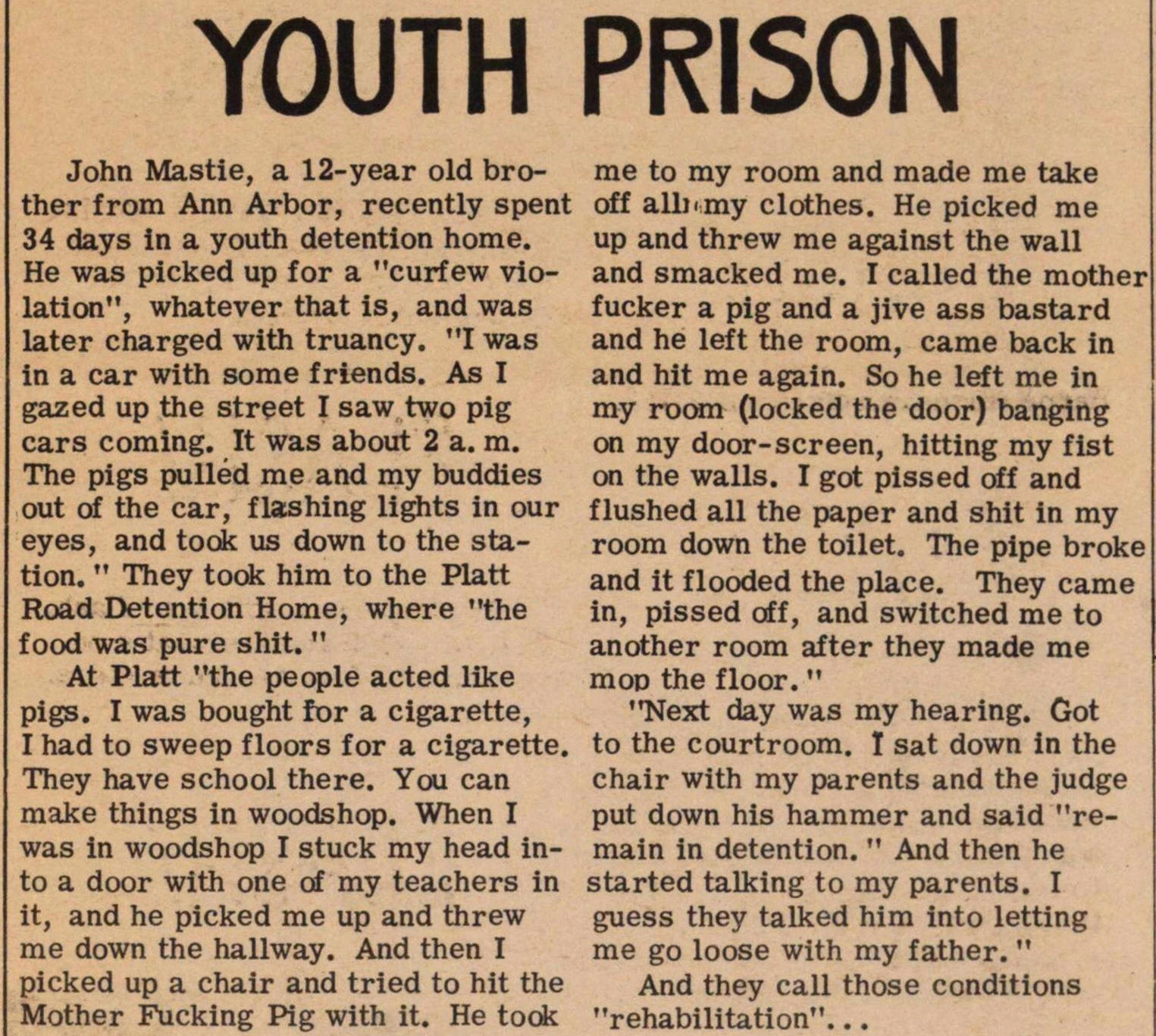 John Mastie, a 12-year oíd brother f rom Ann Arbor, recently spent 34 days in a youth detention home. He was picked up for a "curfew violation", whatever that is, and was later charged with truancy. "I was in a car with some f riends. As I gazed up the street I saw two pig cars coming. It was about 2 a. m. The pigs pulled me and my buddies out of the car, f las hing lights in our eyes, and took us down to the station. " They took him to the Platt Road Detention Home, where "the food was pure shit. " At Platt "the people acted like pigs. I was bought for a cigarette, I had to sweep floors for a cigarette. They have school there. You can make things in woodshop. When I was in woodshop I stuck my head into a door with one of my teachers in it, and he picked me up and threw me down the hallway. And then I picked up a chair and tried to hit the Mother Fucking Pig with it. He took me to my room and made me take off alliimy clothes. He picked me up and threw me against the wall and smacked me. I called the mother fucker a pig and a jive ass bastará and he left the room, carne back in and hit me again. So he left me in my room (locked the door) banging on my door-screen, hitting my fist on the walls. I got pissed off and f lushed all the paper and shit in my room down the toilet. The pipe broke and it flooded the place. They came in, pissed off, and switched me to another room after they made me mop the floor. " "Next day was my hearing. Got to the courtroom. I sat down in the chair with my parents and the judge put down his hammer and said "remain in detention. " And then he started talking to my parents. I guess they talked him into letting me go loose with my father. " And they cali those conditions "rehabilitation". . .