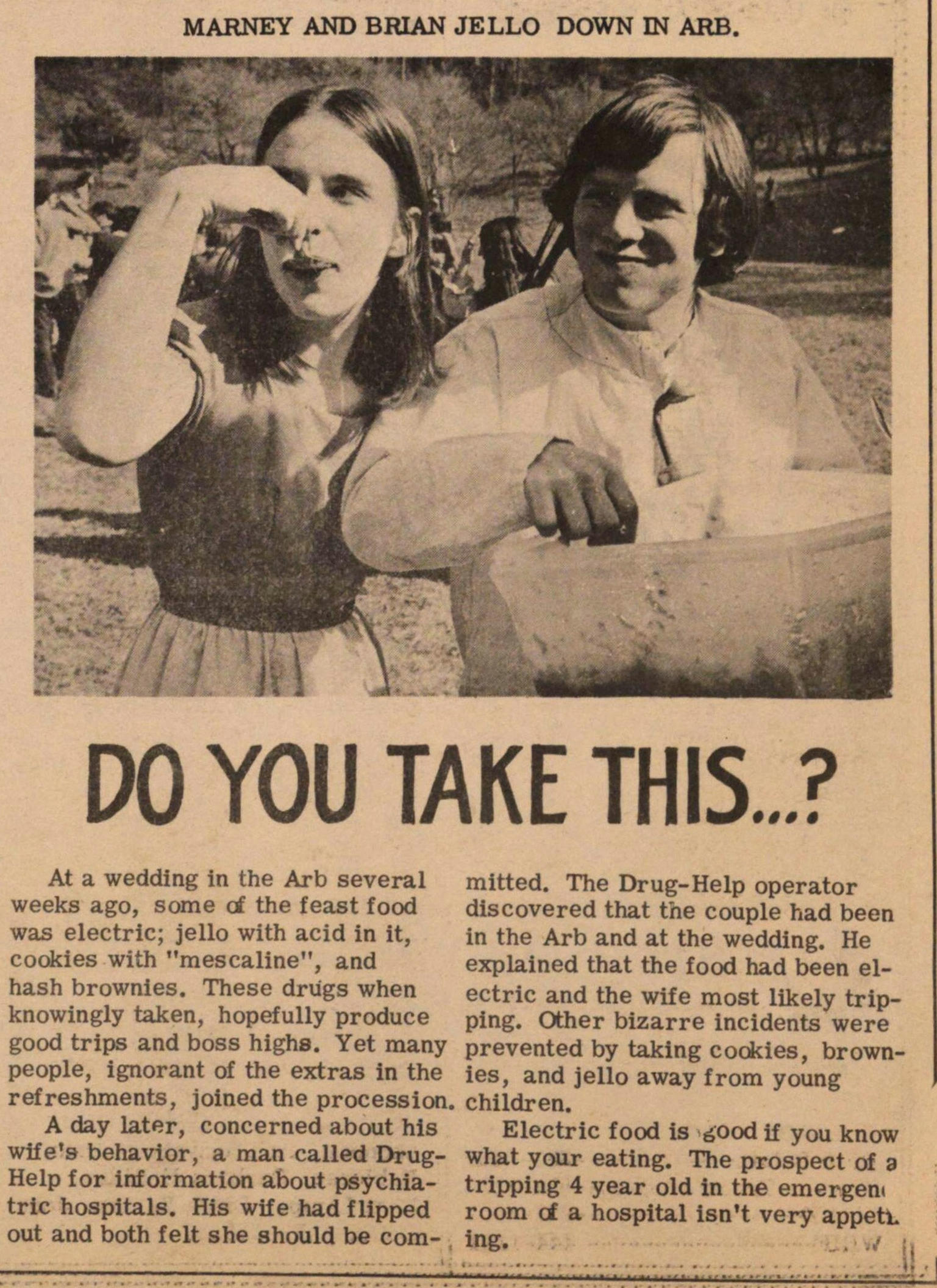 At a wedding in the Arb several weeks ago, some of the feast food was electric; jello with acid in it, cookies with "mescaline", and hash brownies. These drugs when knowingly taken, hopefully produce good trips and boss highs. Yet many people, ignorant of the extras in the refreshments, joined the procession.

A day later, concerned about his wife's behavior, a man called Drug-Help for information about psychiatric hospitals. His wife had flipped out and both felt she should be admitted. The Drug-Help operator discovered that the couple had been in the Arb and at the wedding. He explained that the food had been electric and the wife most likely tripping. Other bizarre incidents were prevented by taking cookies, brownies, and jello away from young children. Electric food is good if you know what your eating. The prospect of a tripping 4 year old in the emergency room of a hospital isn't very appetizing.

MARNEY AND BRIAN JELLO DOWN IN ARB.