Billboard Bandits Still At It 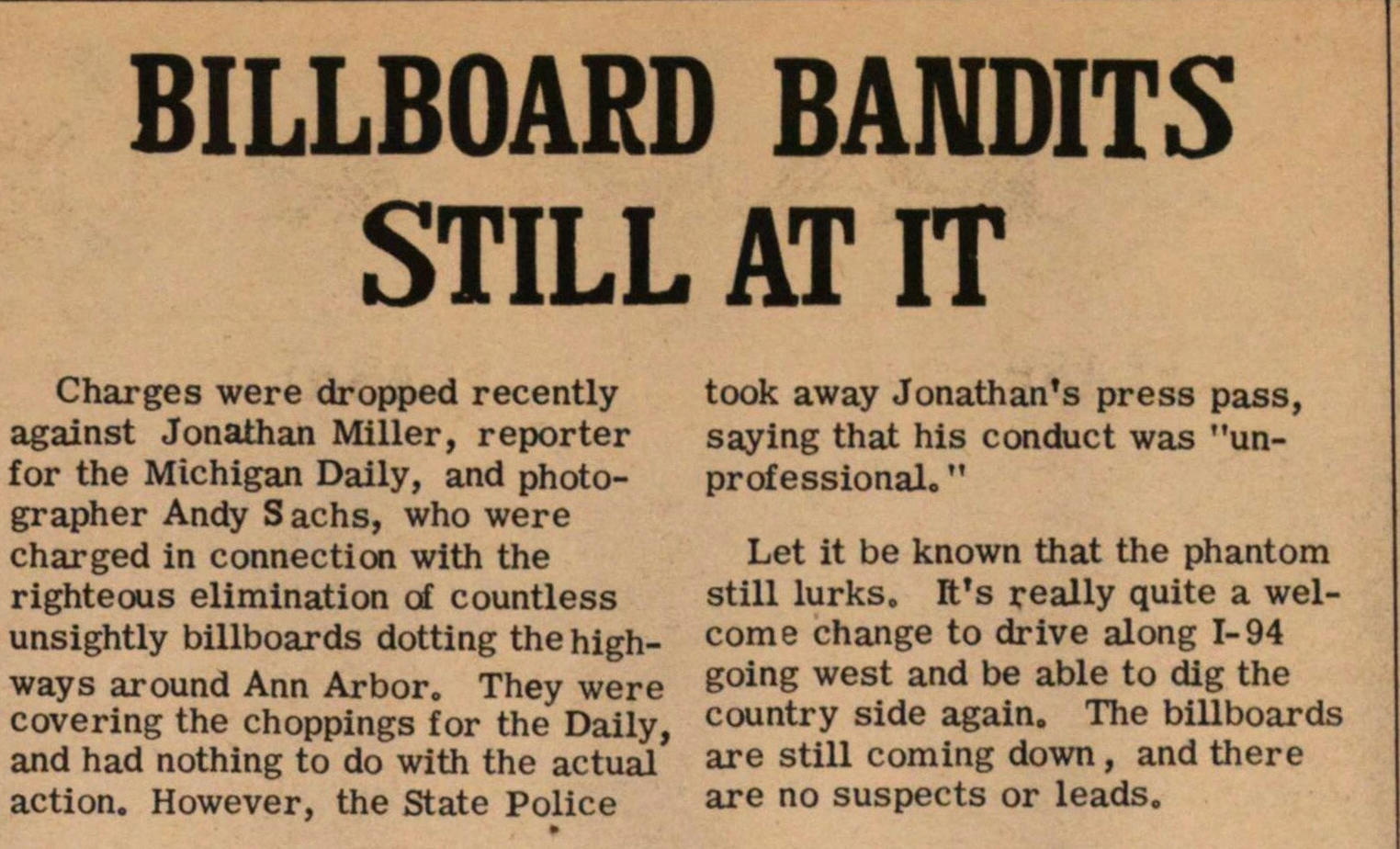 BILLBOARD BANDITS STILL AT IT

Charges were dropped recently against Jonathan Miller, reporter for the Michigan Daily, and photographer Andy Sachs, who were charged in connection with the righteous elimination of countless unsightly billboards dotting the highways around Ann Arbor. They were covering the choppings for the Daily, and had nothing to do with the actual action. However, the State Pólice took away Jonathan's press pass, saying that his conduct was "unprofessional."

Let it be known that the phantom still lurks. R's really quite a welcome change to drive along 1-94 going west and be able to dig the country side again. The billboards are still coming down , and there are no suspects or leads.