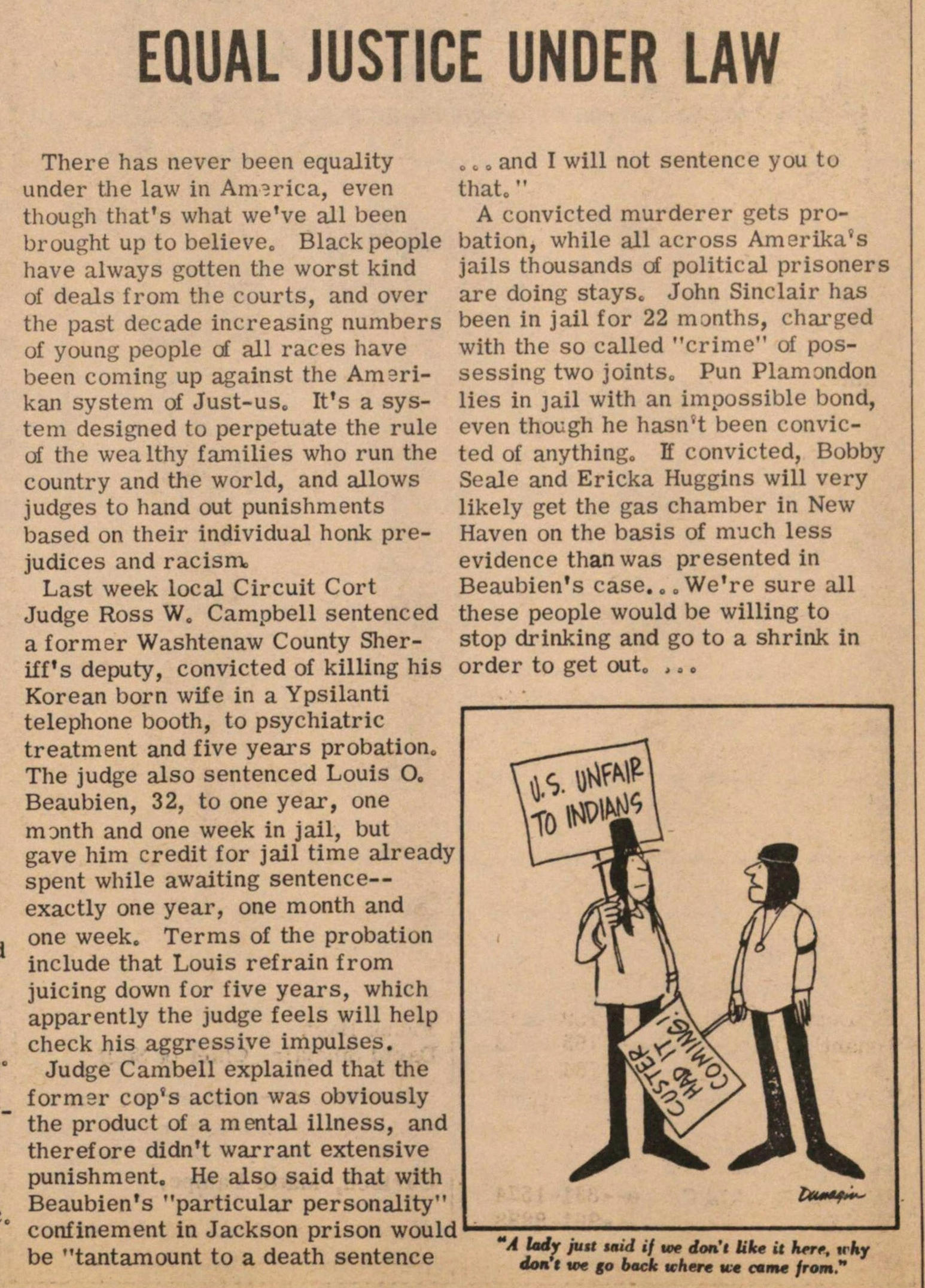 There has never been equality under the law in America, even though that's what we've all been brought up to believe. Black people have always gotten the worst kind of deals from the courts, and over the past decade increasing numbers of young people of all races have been coming up against the Amerikan system of Just-us. It's a system designed to perpetuate the rule of the wealthy families who run the country and the world, and allows judges to hand out punishments based on their individual honk prejudices and racism.

Last week local Circuit Court Judge Ross W. Campbell sentenced a former Washtenaw County Sheriff's deputy, convicted of killing his Korean born wife in a Ypsilanti telephone booth, to psychiatric treatment and five years probation. The judge also sentenced Louis O. Beaubien, 32, to one year, one month and one week in jail, but gave him credit for jail time already spent while awaiting sentence -- exactly one year, one month and one week. Terms of the probation include that Louis refrain from juicing down for five years, which apparently the judge feels will help check his aggressive impulses.

Judge Campbell explained that the former cop's action was obviously the product of a mental illness, and therefore didn't warrant extensive punishment. He also said that with Beaubien's "particular personality" confinement in Jackson prison would be "tantamount to a death sentence and I will not sentence you to that."

A convicted murderer gets probation, while all across Amerika's jails thousands political prisoners are doing stays. John Sinclair has been in jail for 22 months, charged with the so called "crime" of possessing two joints. Pun Plamondon lies in jail with an impossible bond, even though he hasn't been convicted of anything. If convicted, Bobby Seale and Ericka Huggins will very likely get the gas chamber in New Haven on the basis of much less evidence than was presented in Beaubien's case...We're sure all these people would be willing to stop drinking and go to a shrink in order to get out. , . .