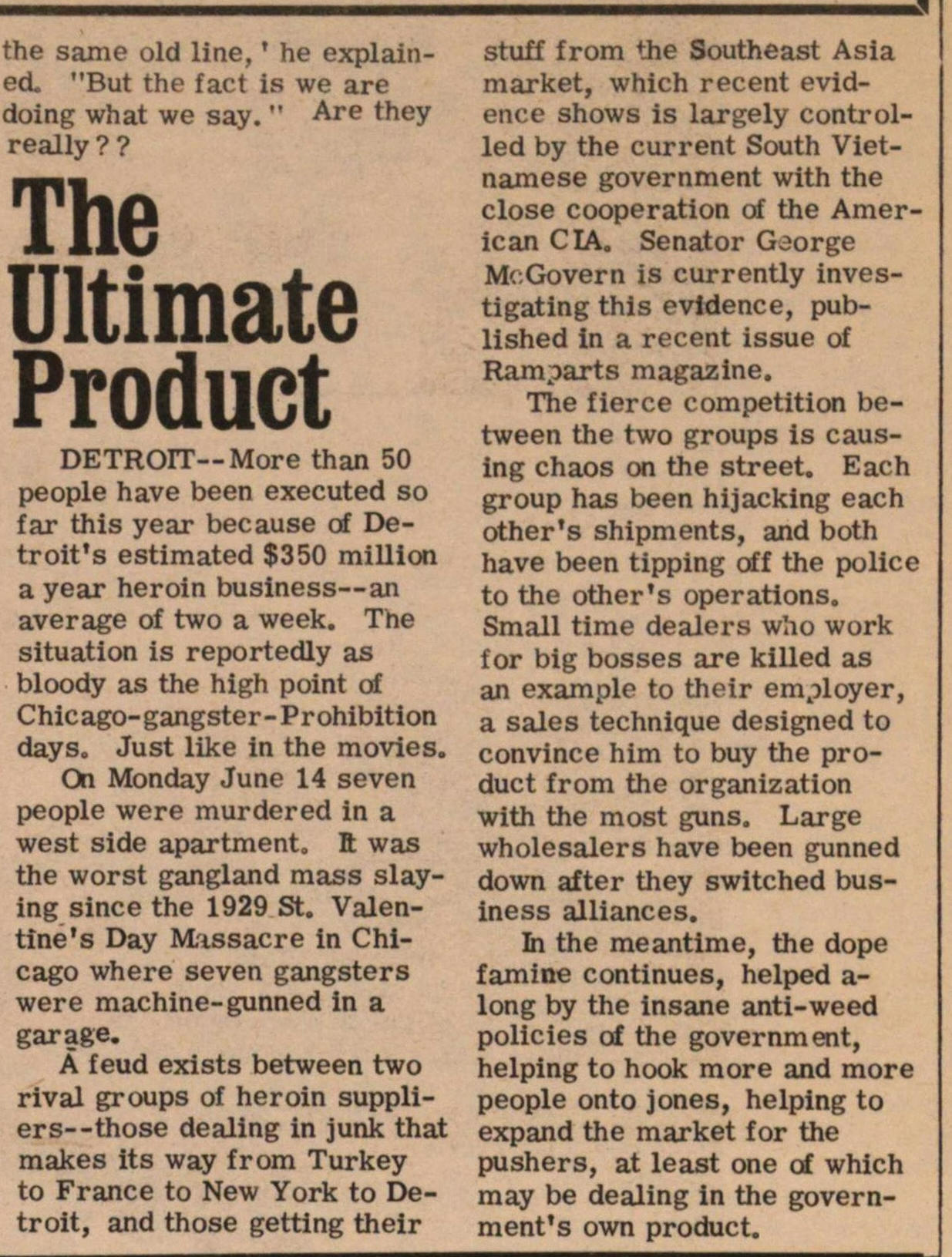 DETROIT- More than 50 people have been executed so far this year because of Detroit's estimated $350 million a year heroin business - an average of two a week. The situation is reportedly as bloody as the high point of Chicago-gangster-Prohibition days. Just like in the movies.

On Monday June 14 seven people were murdered in a west side apartment. It was the worst gangland mass slaying since the 1929 St. Valentine's Day Massacre in Chicago where seven gangsters were machine-gunned in a garage.

A feud exists between two rival groups of heroin suppliers - those dealing in junk that makes its way from Turkey to France to New York to Detroit, and those getting their stuff from the Southeast Asia market, which recent evidence shows is largely controlled by the current South Vietnamese government with the close cooperation of the American CIA. Senator George McGovern is currently investigating this evidence, published in a recent issue of Ramparts magazine.

The fierce competition between the two groups is causing chaos on the street. Each group has been hijacking each other's shipments, and both have been tipping off the police to the other's operations. Small time dealers who work for big bosses are killed as an example to their employer, a sales technique designed to convince him to buy the product from the organization with the most guns. Large wholesalers have been gunned down after they switched business alliances.

In the meantime, the dope famine continues, helped along by the insane anti-weed policies of the government, helping to hook more and more people onto jones, helping to expand the market for the pushers, at least one of which may be dealing in the government's own product.