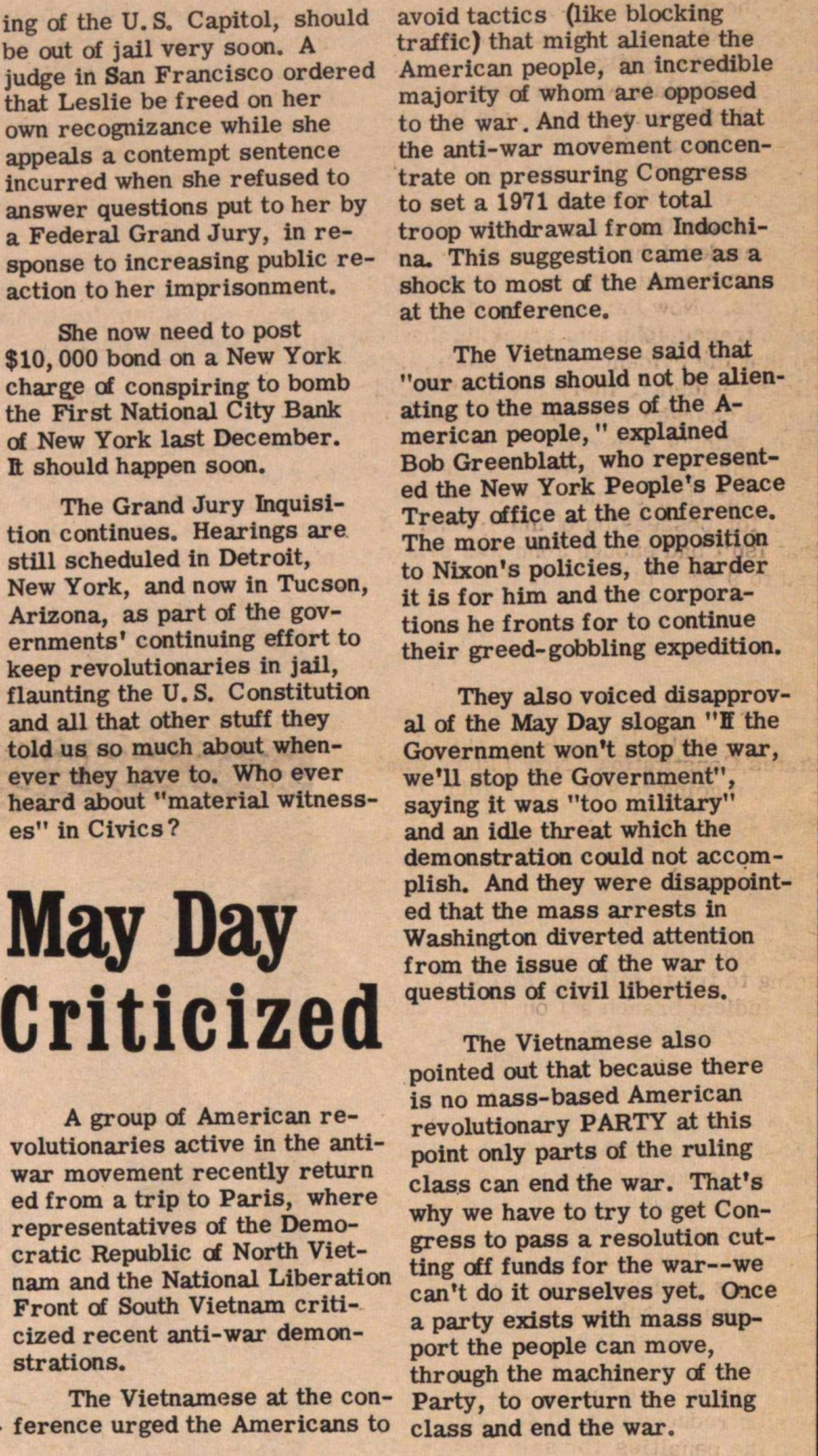 A group of American revolutionaries active in the antiwar movement recently returned from a trip to Paris, where representatives of the Democratic Republic of North Vietnam and the National Liberation Front of South Vietnam criticized recent anti-war demonstrations.

The Vietnamese at the conference urged the Americans to avoid tactics (like blocking traffic) that might alienate the American people, an incredible majority of whom are opposed to the war . And they urged that the anti-war movement concentrate on pressuring Congress to set a 1971 date for total troop withdrawal from Indochina. This suggestion came as a shock to most of the Americans at the conference.

The Vietnamese said that "our actions should not be alienating to the masses of the American people, " explained Bob Greenblatt, who represented the New York People's Peace Treaty office at the conference. The more united the opposition to Nixon's policies, the harder it is for him and the corporations he fronts for to continue their greed-gobbling expedition.

They also voiced disapproval of the May Day slogan "If the Government won't stop the war, we'll stop the Government", saying it was "too military" and an idle threat which the demonstration could not accomplish. And they were disappointed that the mass arrests in Washington diverted attention from the issue of the war to questions of civil liberties.

The Vietnamese also pointed out that because there is no mass-based American revolutionary PARTY at this point only parts of the ruling class can end the war. That's why we have to try to get Congress to pass a resolution cutting off funds for the war - we can't do it ourselves yet. Once a party exists with mass support the people can move, through the machinery of the Party, to overturn the ruling class and end the war.