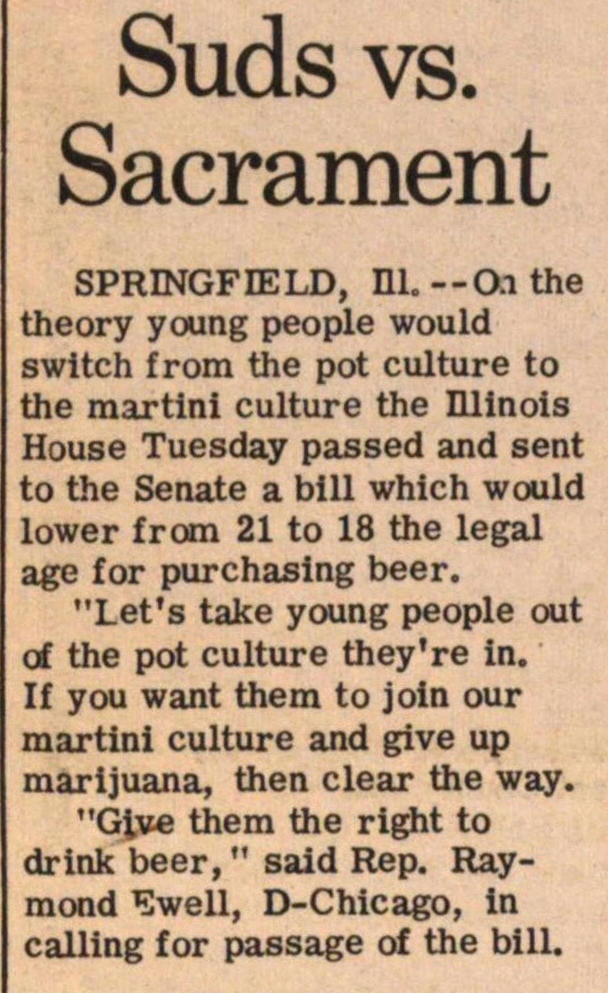 SPRINGFIELD, IlI. --On the theory young people would switch from the pot culture to the martini culture, the Illinois House Tuesday passed and sent to the Senate a bill which would lower from 21 to 18 the legal age for purchasing beer.

"Let's take young people out of the pot culture they're in. If you want them to join our martini culture and give up marijuana, then clear the way.

"Give them the right to drink beer," said Rep. Raymond Ewell, D-Chicago, in calling for passage of the bill.