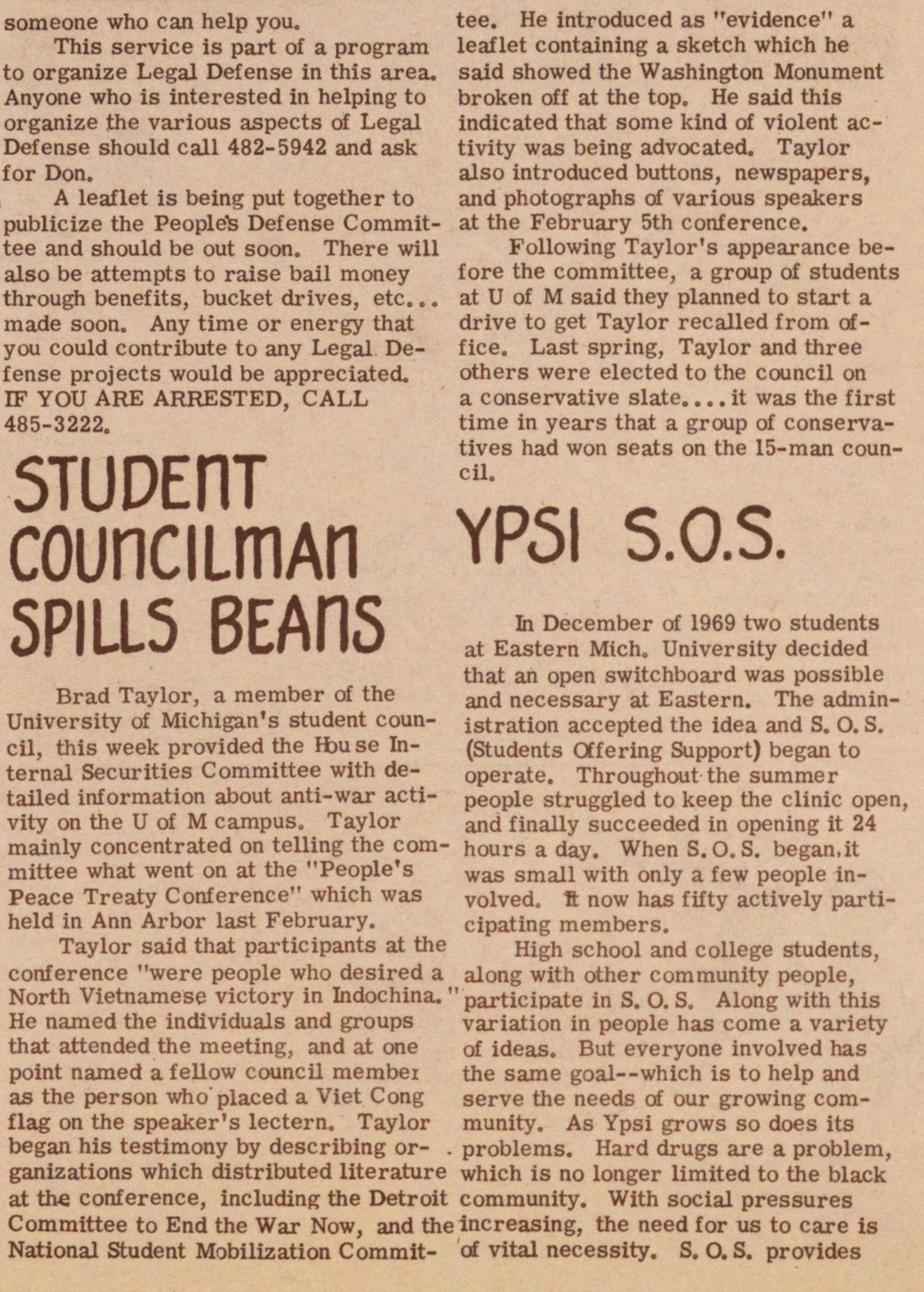 Brad Taylor, a member of the University of Michigan's student council, this week provided the House Internal Securities Committee with detailed information about anti-war activity on the U of M campus. Taylor mainly concentrated on telling the committee what went on at the "People's Peace Treaty Conference" which was held in Ann Arbor last February.

Taylor said that participants at the conference "were people who desired a North Vietnamese victory in Indochina." He named the individuals and groups that attended the meeting, and at one point named a fellow council member as the person who placed a Viet Cong flag on the speaker's lectern. Taylor began his testimony by describing organizations which distributed literature at the conference, including the Detroit Committee to End the War Now, and the National Student Mobilization Committee. He introduced as "evidence" a leaflet containing a sketch which he said showed the Washington Monument broken off at the top. He said this indicated that some kind of violent activity was being advocated. Taylor also introduced buttons, newspapers, and photographs of various speakers at the February 5th conference.

Following Taylor's appearance before the committee, a group of students at U of M said they planned to start a drive to get Taylor recalled from office. Last spring, Taylor and three others were elected to the council on a conservative slate. . . . it was the first time in years that a group of conservatives had won seats on the 15-man council.