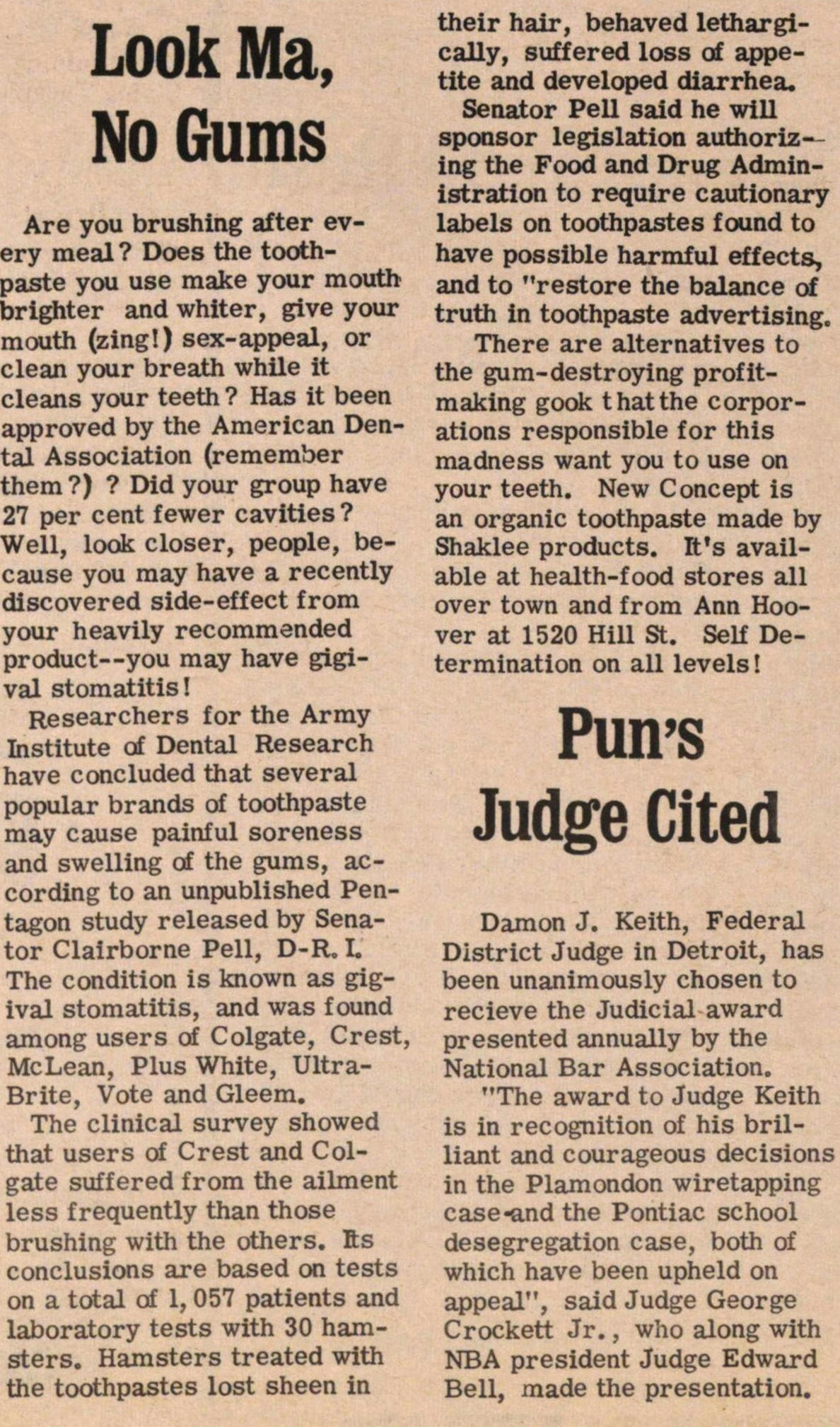 Are you brushing after every meal? Does the toothpaste you use make your mouth brighter and whiter, give your mouth (zing!) sex-appeal, or clean your breath while it cleans your teeth? Has it been approved by the American Dental Association (remember them?)? Did your group have 27 per cent fewer cavities? Well, look closer, people, because you may have a recently discovered side-effect from your heavily recommended product- you may have gigival stomatitis!

Researchers for the Army Institute of Dental Research have concluded that several popular brands of toothpaste may cause painful soreness and swelling of the gums, according to an unpublished Pentagon study released by Senator Clairborne Pell, D-R.I. The condition is known as gigival stomatitis, and was found among users of Colgate, Crest, McLean, Plus White, UltraBrite, Vote and Gleem.

The clinical survey showed that users of Crest and Colgate suffered from the ailment less frequently than those brushing with the others. Its conclusions are based on tests on a total of 1,057 patients and laboratory tests with 30 hamsters. Hamsters treated with the toothpastes lost sheen in their hair, behaved lethargically, suffered loss of appetite and developed diarrhea.

Senator Pell said he will sponsor legislation authorizing the Food and Drug Administration to require cautionary labels on toothpastes found to have possible harmful effects, and to "restore the balance of truth in toothpaste advertising.

There are alternatives to the gum-destroying profit-making gook that the corporations responsible for this madness want you to use on your teeth. New Concept is an organic toothpaste made by Shaklee products. It's available at health-food stores all over town and from Ann Hoover at 1520 Hill St. Self Determination on all levels!