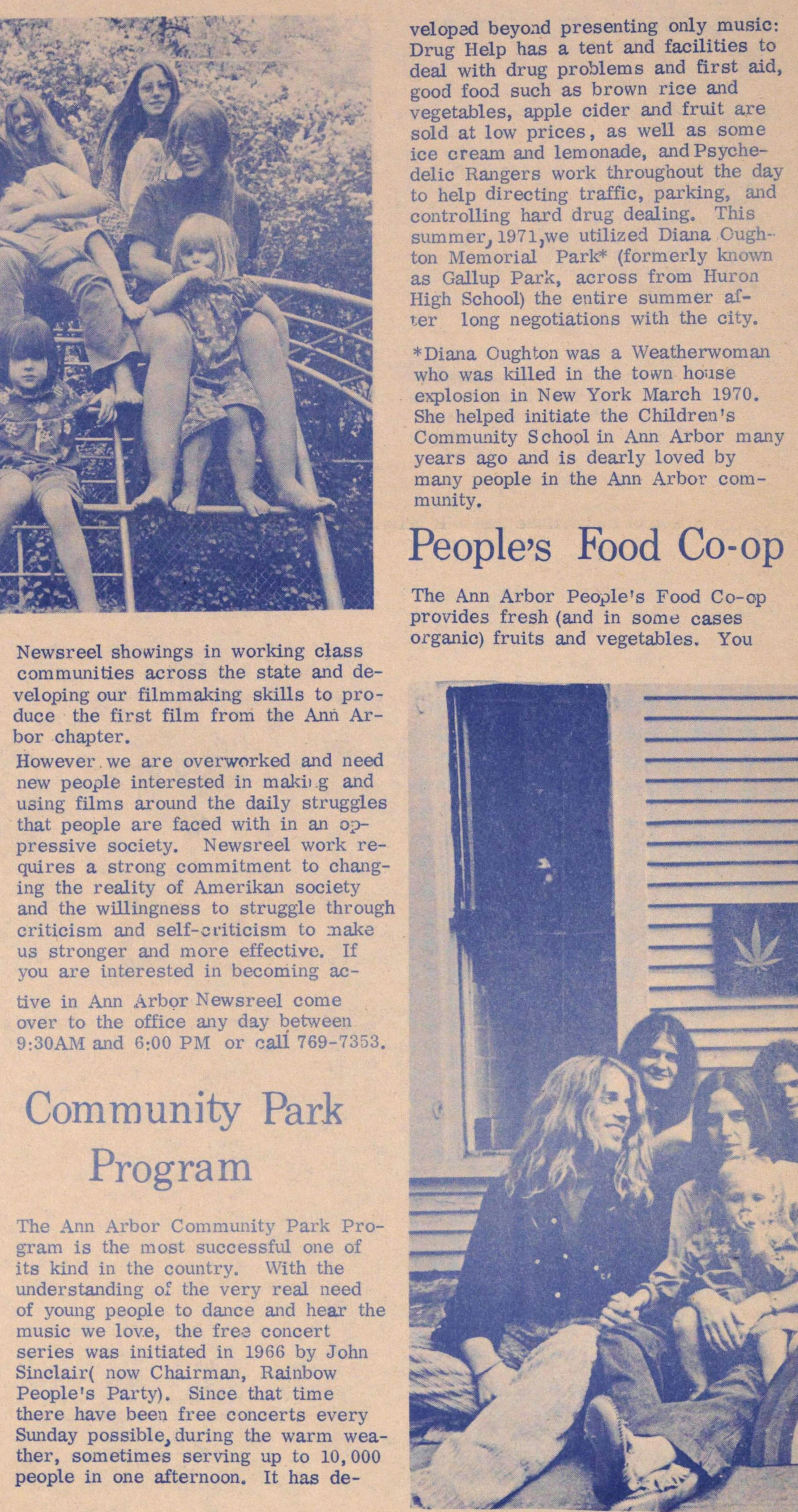 The Ann Arbor Community Park Program is the most successful one of its kind in the country. With the understanding of the very real need of young people to dance and hear the music we love, the free concert series was initiated in 1966 by John Sinclair( now Chairman, Rainbow People's Party). Since that time there have been free concerts every Sunday possible, during the warm weather, sometimes serving up to 10,000 people in one afternoon. It has developed beyond presenting only music: Drug Help has a tent and facilities to deal with drug problems and first aid, good food such as brown rice and vegetables, apple cider and fruit are sold at low prices, as well as some ice cream and lemonade, and Psychedelic Rangers work throughout the day to help directing traffic, parking, and controlling hard drug dealing. This summer, 1971, we utilized Diana Oughton Memorial Park (formerly known as Gallup Park, across from Huron High School) the entire summer after long negotiations with the city. Diana Oughton was a Weatherwoman who was killed in the town house explosion in New York March 1970. She helped initiate the Children's Community School in Ann Arbor many years ago and is dearly loved by many people in the Ann Arbor community.