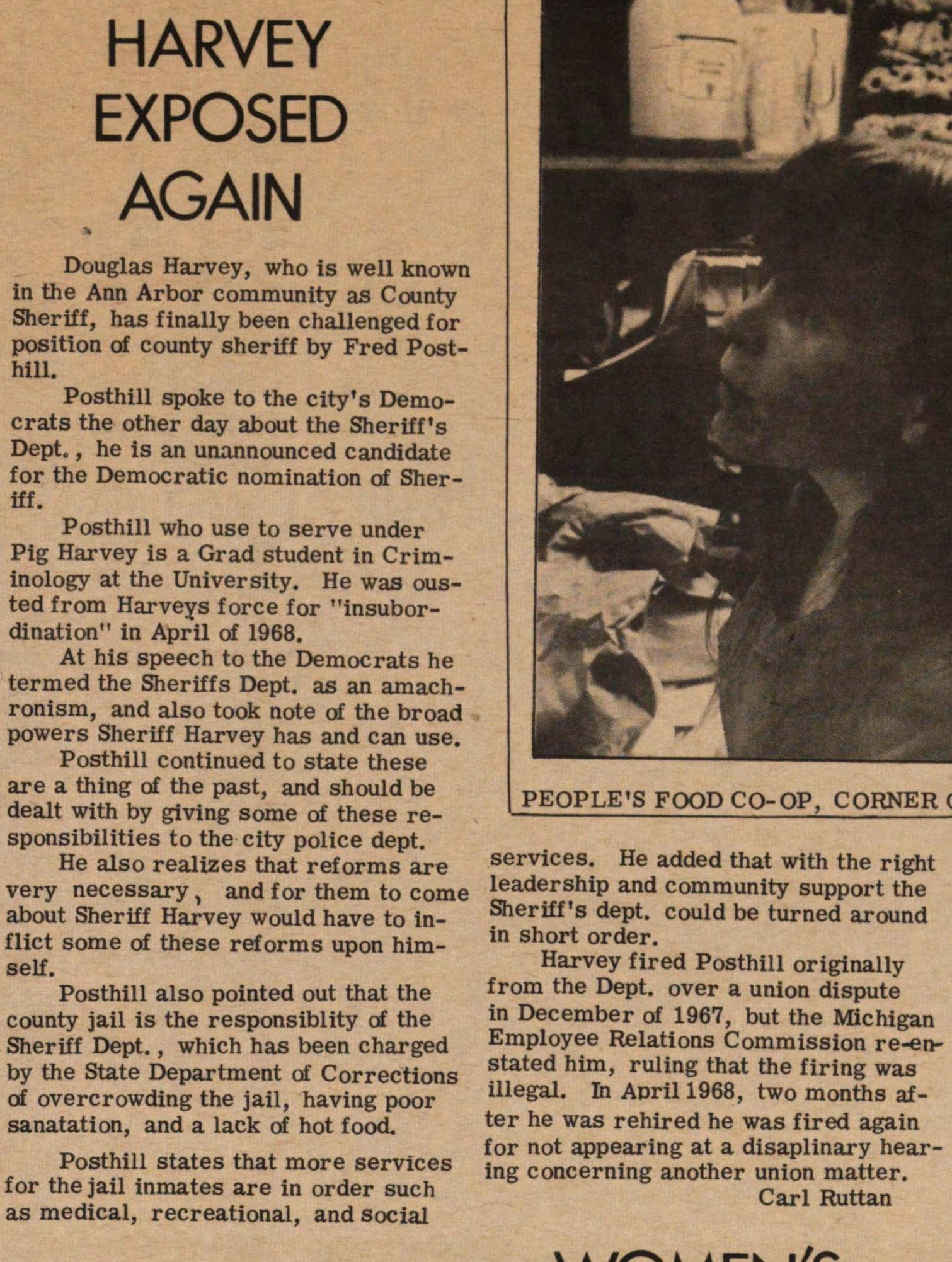 Douglas Harvey, who is well known in the Ann Arbor community as Coutity Sheriff, has f inally been challenged f or position of county sheriff by Fred Posthill. Posthill spoke to the city's Democrats the other day about the Sheriff 's Dept. , he is an unannounced candidate for the Democratie nomination of Sheriff. Posthill who use to serve under Pig Harvey is a Grad student in Criminology at the University. He was ousted from Harveys f orce for "insubordination" in April of 1968. At his speech to the Democrats he termed the Sheriffs Dept. as an amachronism, and also took note of the broad powers Sheriff Harvey has and can use. Posthill continued to state these are a thing of the past, and should be dealt with by giving some of these responsibilities to the city pólice dept. He also realizes that reforms are very necessary , and for them to come about Sheriff Harvey would have to inflict some of these reforms upon himself. Posthill also pointed out that the county jail is the responsiblity of the Sheriff Dept. , which has been charged by the State Department of Corrections of overcrowding the jail, having poor sanatation, and a lack of hot food. Posthill states that more services for the jail inmates are in order such as medical, recreational, and social services. He added that with the right leadership and community support the Sheriff 's dept. could be turned around in short order. Harvey fired Posthill originally from the Dept. over a unión dispute in December of 1967, but the Michigan Employee Relations Commission re-enstated him, ruling that the firing was illegal. In April 1968, two months after he was rehired he was fired again f or not appearing at a disaplinary hearing concerning another union matter.