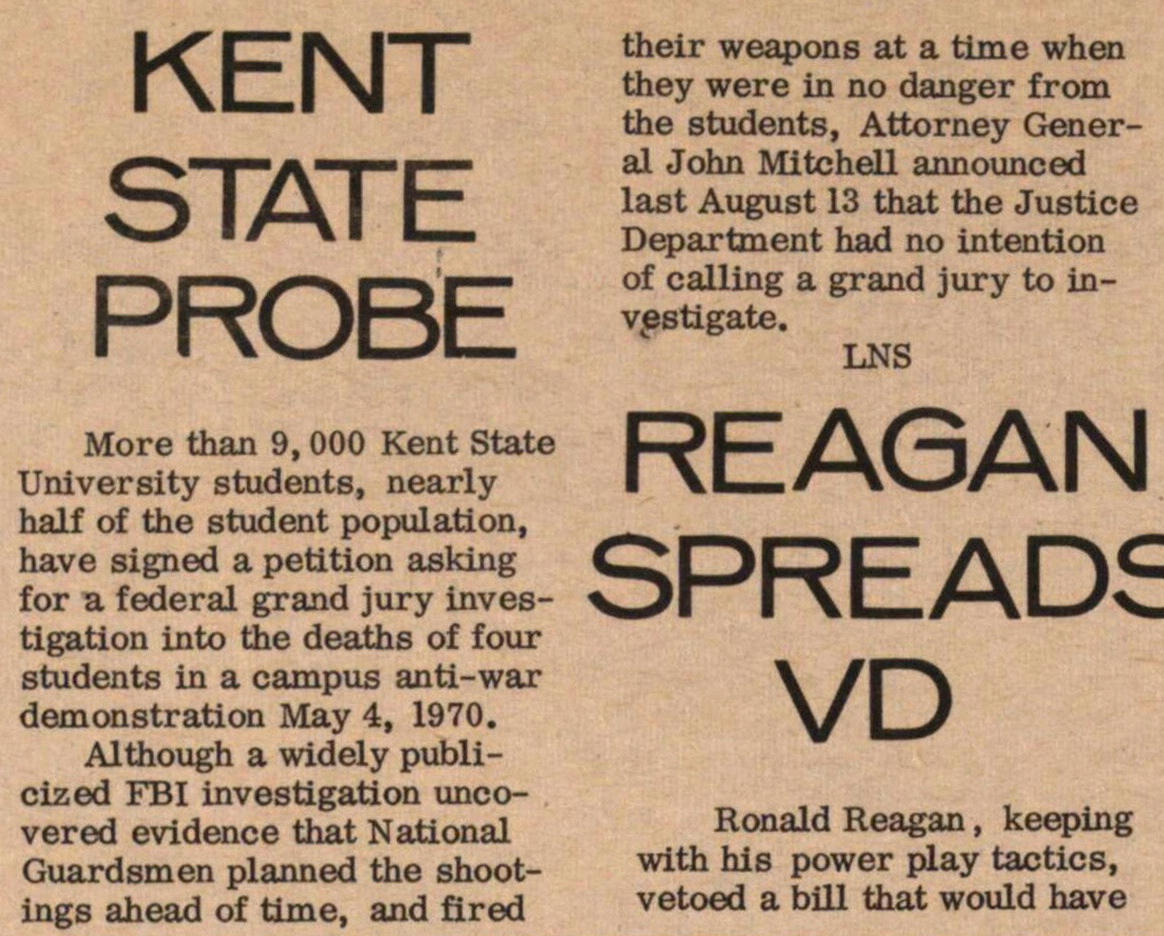 More than 9,000 Kent State University students, nearly half of the student population, have signed a petition asking for a federal grand jury investigation into the deaths of four students in a campus anti-war demonstration May 4,1970.

Although a widely publicized FBI investigation uncovered evidence that National Guardsmen planned the shootings ahead of time, and fired their weapons at a time when they were in no danger from the students, Attorney General John Mitchell announced last August 13 that the Justice Department had no intention of calling a grand jury to investigate.