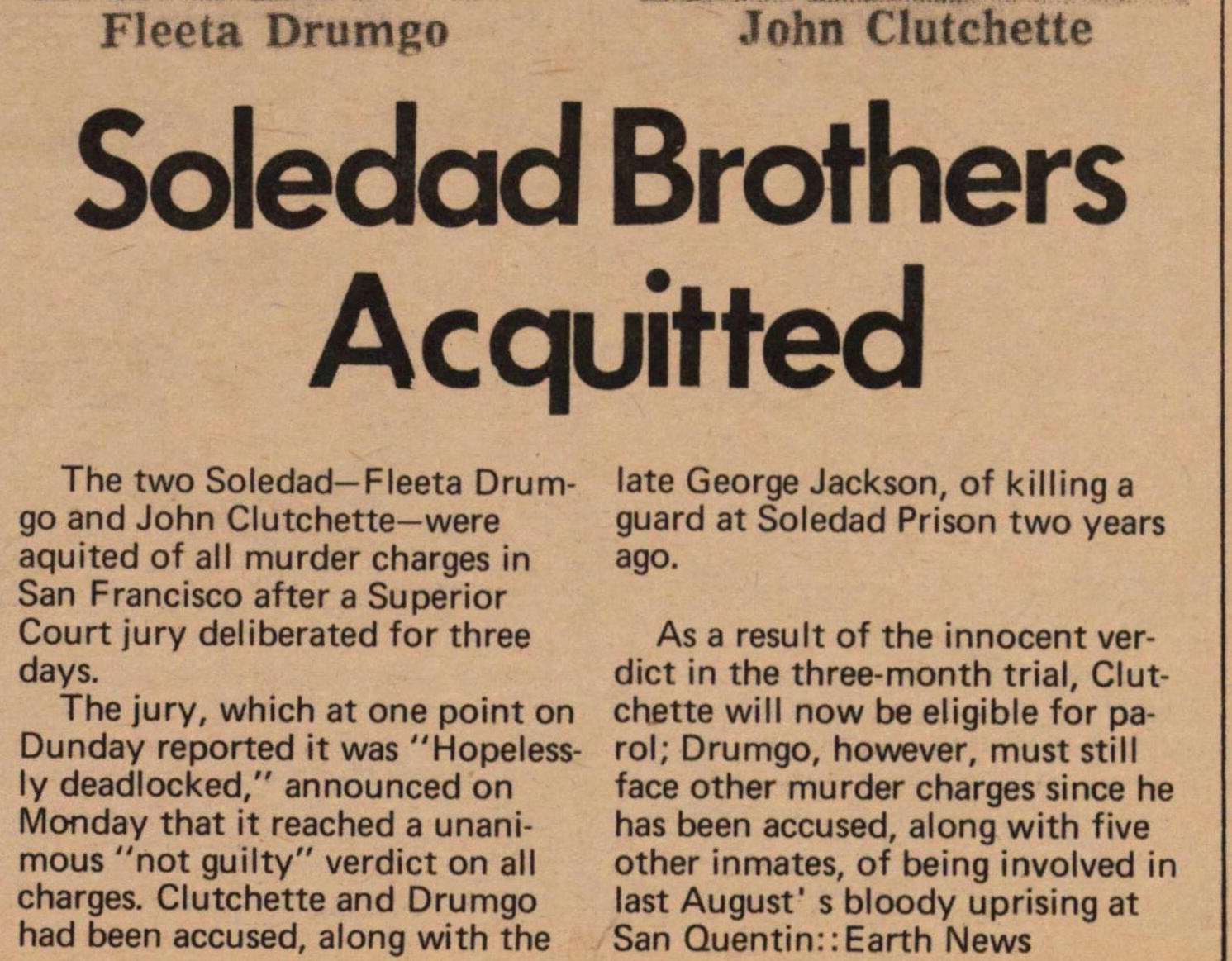 The two Fleeta Drumgo and John Clutchette-were aquited of all murder charges n San Francisco after a Superior Court jury deliberated for three days. The jury, which at one point on Dunday reported it was "Hopelessly deadlocked," announced on Monday that it reached a unanimous "not guilty" verdict on all charges. Clutchette and Drumgo had been accused, along with the late George Jackson, of killing a guard at Soledad Prison two years ago. As a result of the innocent verdict in the three-month trial, Clutchette will now be eligible for parol; Drumgo, however, must still face other murder charges si nee he has been accused, along with five other nmates, of being involved in last August' s bloody uprising at San Quentin::