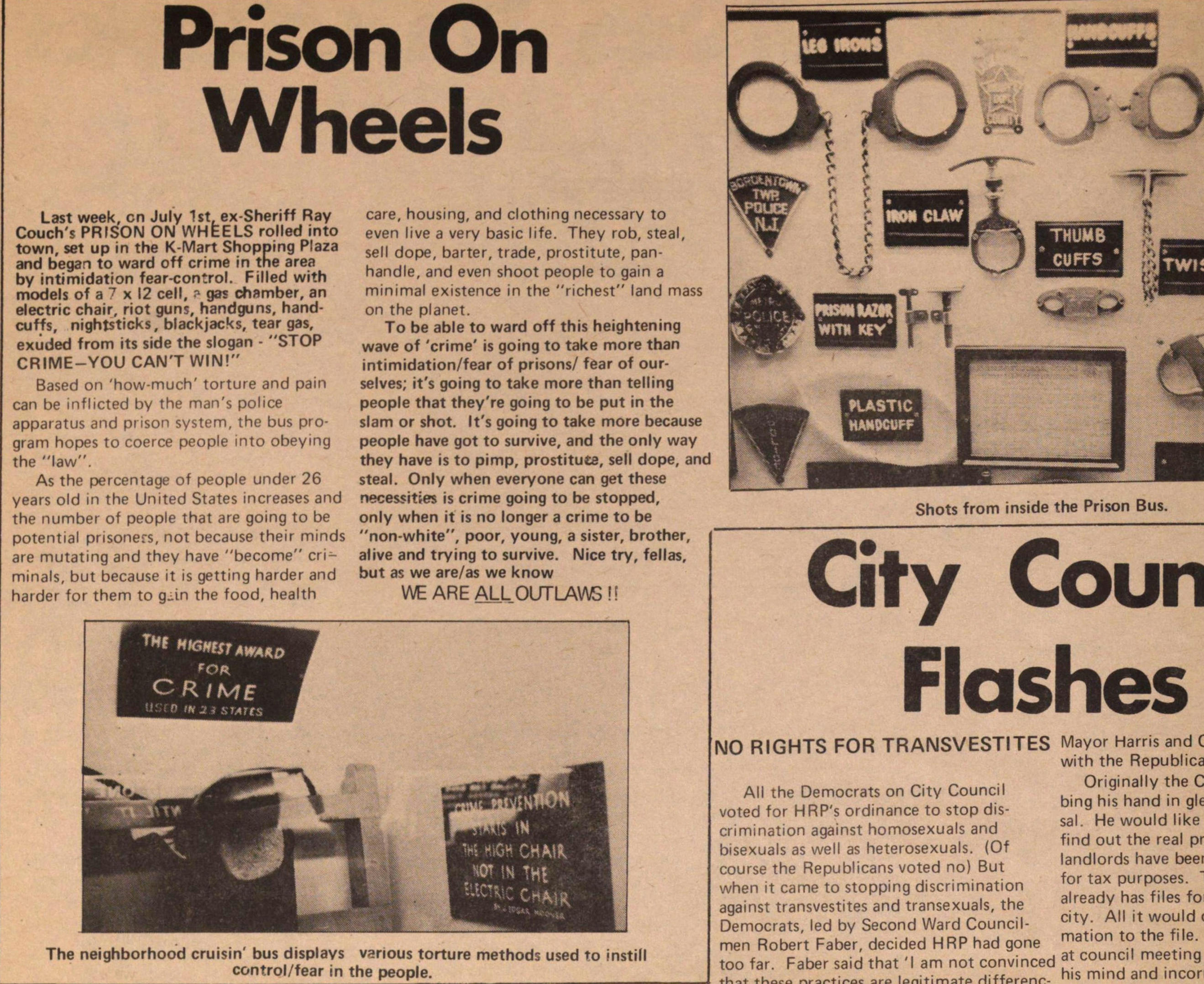 Last week, en July 1st, ex-Sheriff Ray Couch's PRISON ON WHÉELS rolled nto town, set up in the K-Mart Shopping Plaza and began to ward off crime in the area by intimidation fear-control. Filled with models of a 7 x 12 cell, B gas chsmber, an electric chair, riot guns, handguns, handcuffs, nightsticks, blackjacks, tear gas, exuded from its side the slogan - "STOP CRIME-YOU CANT WIN!" Based on 'howmuch' torture and pain can be nflicted by the man's pólice apparatus and prison system, the bus program hopes to coerce people nto obeying the "law". As the percentage of people under 26 years old in the United States increases and the number of people that are going to be potential prisoners, not because their minds are mutating and they have "become" crimináis, but because it is getting harder and harder for them to gán the food, health care, housing, and clothing necessary to even live a very basic life. They rob, steal, sell dope, barter, trade, prostitute, panhandle, and even shoot people to gain a minimal existence in the "richest" land mass on the planet. To be able to ward off this heightening wave of 'crime' is going to take more than ntimidationfear of prisons fear of ourselves; it's going to take more than telling people that they're going to be put in the slam or shot. It's going to take more because people have got to survive, and the only way they have is to pimp, prostituee, sell dope, and steal. Only when everyone can get these necessities is crime going to be stopped, only when it is no longer a crime to be "non-white", poor, young, a sister, brother, alive and trying to survive. Nice try, fellas, but as we areas we know WE ARE ALLOITTUWVS !!