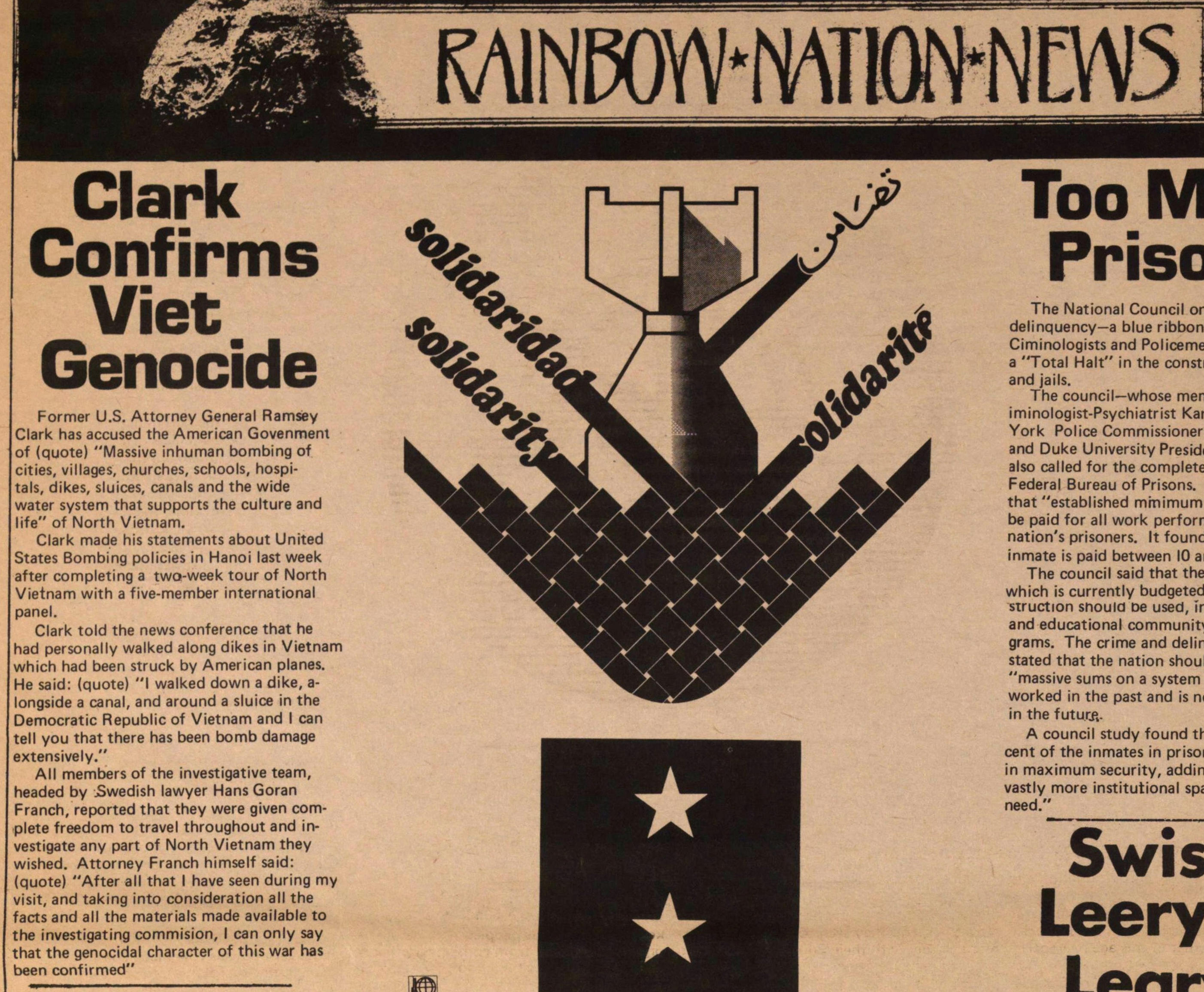 Clark made his statements about United States Bombing policies in Hanoi last week after completing a two-week tour of North Vietnam with a five-member international panel.

Clark told the news conference that he had personally walked along dikes in Vietnam which had been struck by American planes. He said: (quote) "I walked down a dike, alongside a canal, and around a sluice in the Democratic Republic of Vietnam and I can tell you that there has been bomb damage extensively."

All members of the investigative team, headed by Swedish lawyer Hans Goran Franch, reported that they were given complete freedom to travel throughout and investigate any part of North Vietnam they wished. Attorney Franch himself said: (quote) "After all that I have seen during my visit, and taking into consideration all the facts and all the materials made available to the investigating commision, I can only say that the genocidal character of this war has been confirmed"