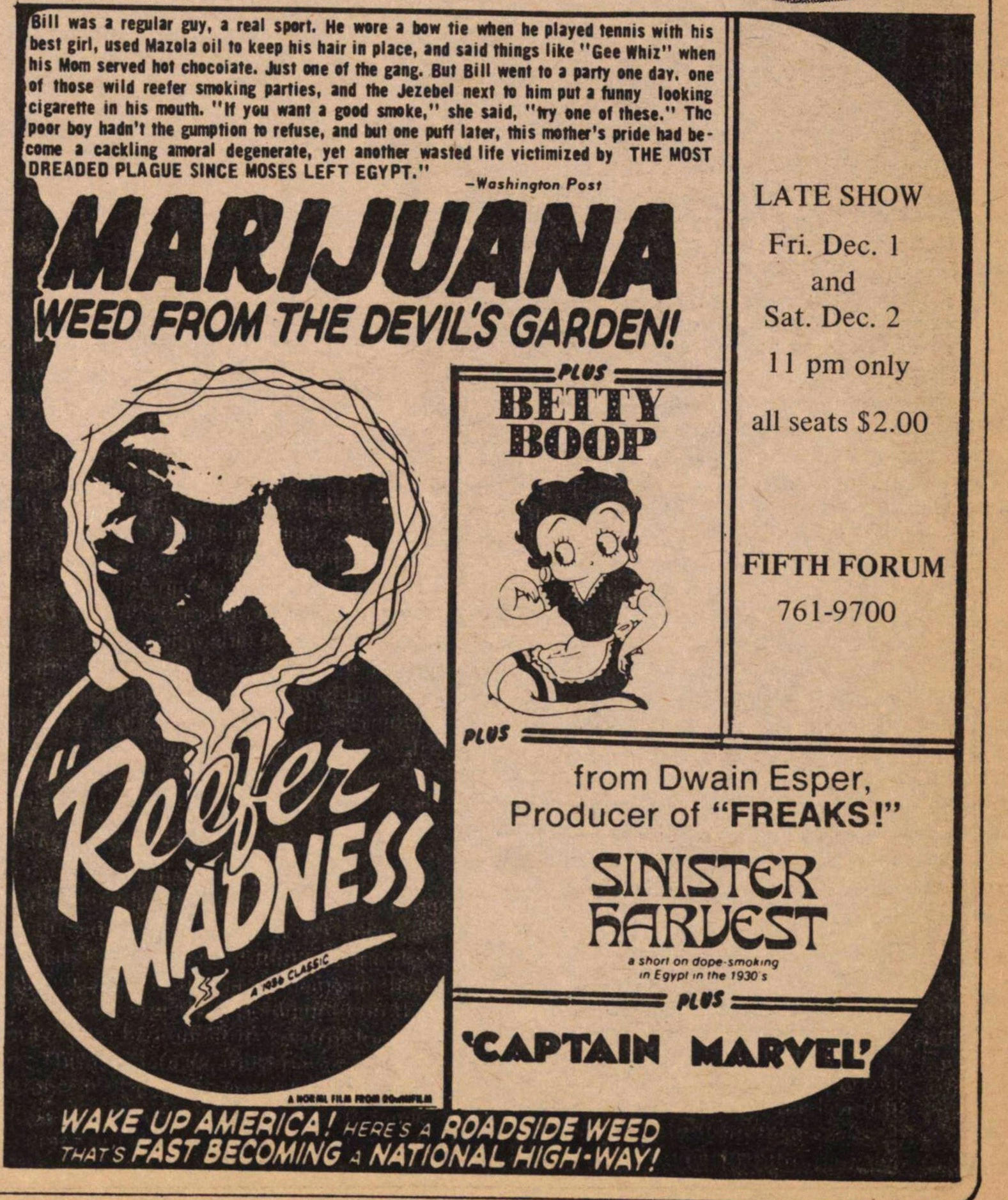 Bill was a regular guy, a real sport. He wore a bow tie when he played tennis with his best girl, used Mazola oil to keep his hair in place, and said things like "Gee Whiz" when his Mom served hot chocolate. Just one of the gang. But Bill went to a party to one day, one of those wild reefer smoking parties, and the Jezebel next to him put a funny looking cigarette in his mouth. "If you want a good smoke," she said, "try one of these." The poor boy hadn't the gumption to refuse, and but one puff later, this mother's pride had become a cackling amoral degenerate, yet another wasted life victimized by THE MOST DREADED PLAGUE SINCE MOSES LEFT EGYPT." „ . -Washington Post

WEED FROM THE DEVlL'S GARDEN!

PLUS BETTY BOOP PLUS from Dwain Esper, Producer of "FREAKS!"