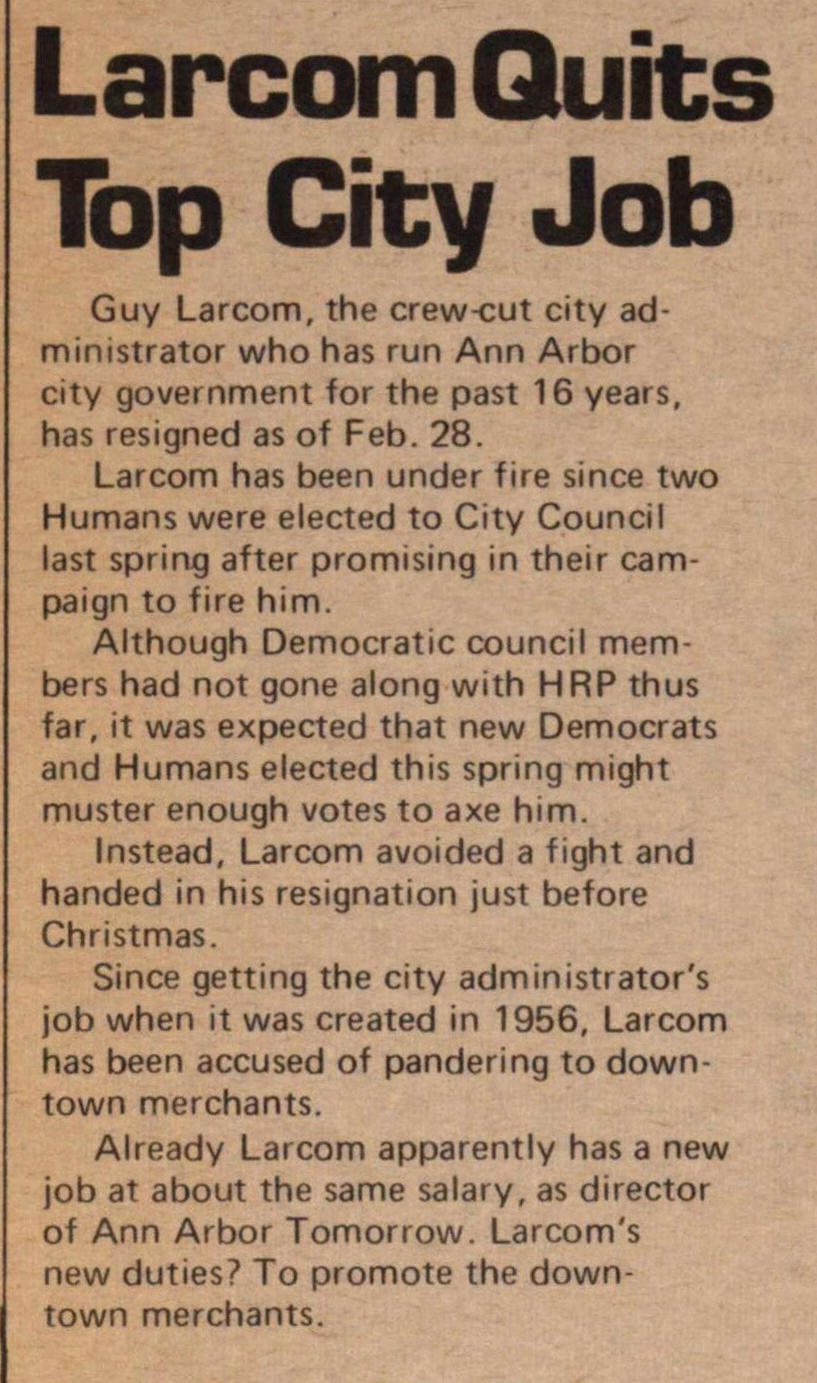 Guy Larcom, the crew-cut city administrator who has run Ann Arbor city government for the past 16 years, has resigned as of Feb. 28.

Larcom has been under fire since two Humans were elected to City Council last spring after promising in their campaign to fire him.

Although Democratic council members had not gone along with HRP thus far, it was expected that new Democrats and Humans elected this spring might muster enough votes to axe him.

Instead, Larcom avoided a fight and handed in his resignation just before Christmas.

Since getting the city administrator's job when it was created in 1956, Larcom has been accused of pandering to downtown merchants.

Already Larcom apparently has a new job at about the same salary, as director of Ann Arbor Tomorrow. Larcom's new duties? To promote the downtown merchants.