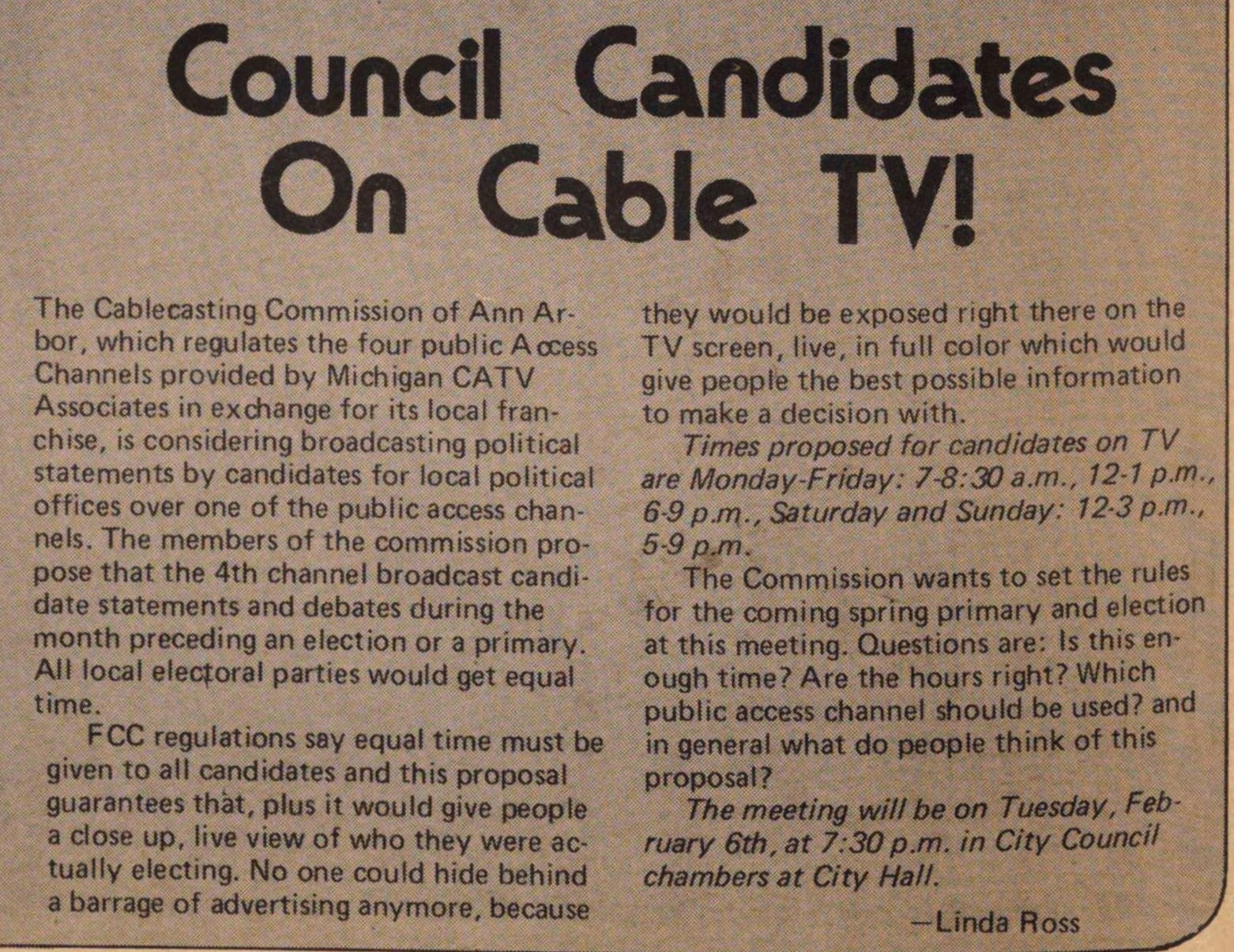 The Cablecasting Commission of Ann Arbor, which regulates the four public Access Channels provided by Michigan CATV Associates in exchange for its local franchise, is considering broadcasting political statements by candidates for local political offices over one of the public access channels. The members of the commission propose that the 4th channel broadcast candidate statements and debates during the month preceding an election or a primary. All local electoral parties would get equal time.

FCC regulations say equal time must be given to all candidates and this proposal guarantees that, plus it would give people a close up, live view of who they were actually electing. No one could hide behind a barrage of advertising anymore, because they would be exposed right there on the TV screen, live, in full color which would give people the best possible information to make a decision with.

The Commission wants to set the rules for the coming spring primary and election at this meeting. Questions are: Is this enough time? Are the hours right? Which public access channel should be used? and in general what do people think of this proposal?

The meeting will be on Tuesday, February 6th, at 7:30 p.m. in City Council chambers at City Hall.