Youth Have No Rights 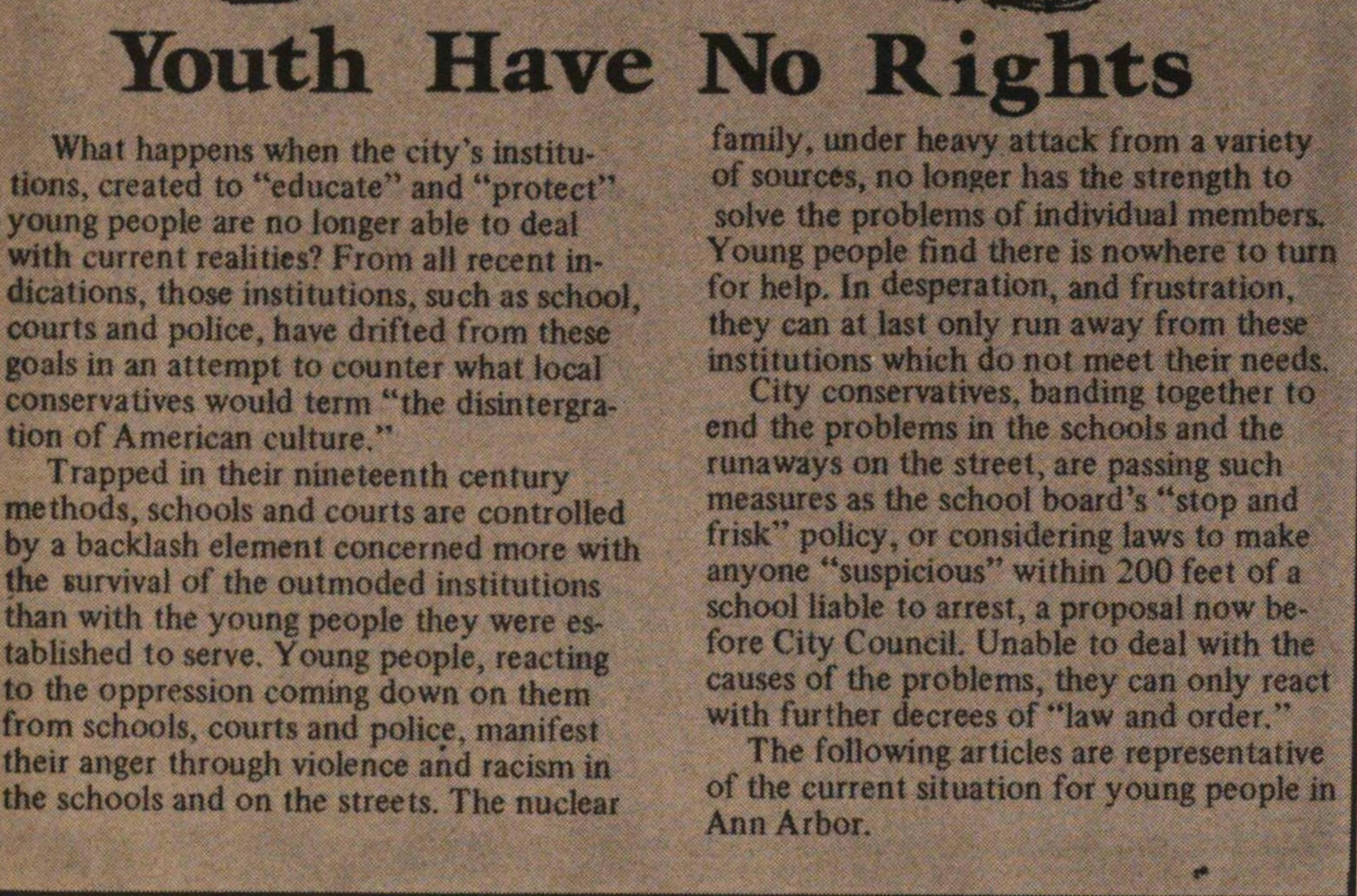 What happens when the city's institutions, created to "educate" and "protect" young people are no longer able to deal with current realities? From all recent indications, those institutions, such as school, courts and police, have drifted from these goals in an attempt to counter what local conservatives would term "the disintegration of American culture."
Trapped in their nineteenth century methods, schools and courts are controlled by a backlash element concerned more with the survival of the outmoded institutions than with the young people they were established to serve. Young people, reacting to the oppression coming down on them from schools, courts and police, manifest their anger through violence and racism in the schools and on the streets. The nuclear family, under heavy attack from a variety of sources, no longer has the strength to solve the problems of individual members. Young people find there is nowhere to turn for help.
In desperation, and frustration, they can at last only run away from these institutions which do not meet their needs.
City conservatives, banding together to end the problems in the schools and the runaways on the street, are passing such measures as the school board 's "stop and frisk" policy, or considering laws to make anyone "suspicious" within 200 feet of a school liable to arrest, a proposal now before City Council. Unable to deal with the causes of the problems, they can only react with further decrees of "law and order." The following articles are representative of the current süuation for young people in Ann Arbor.