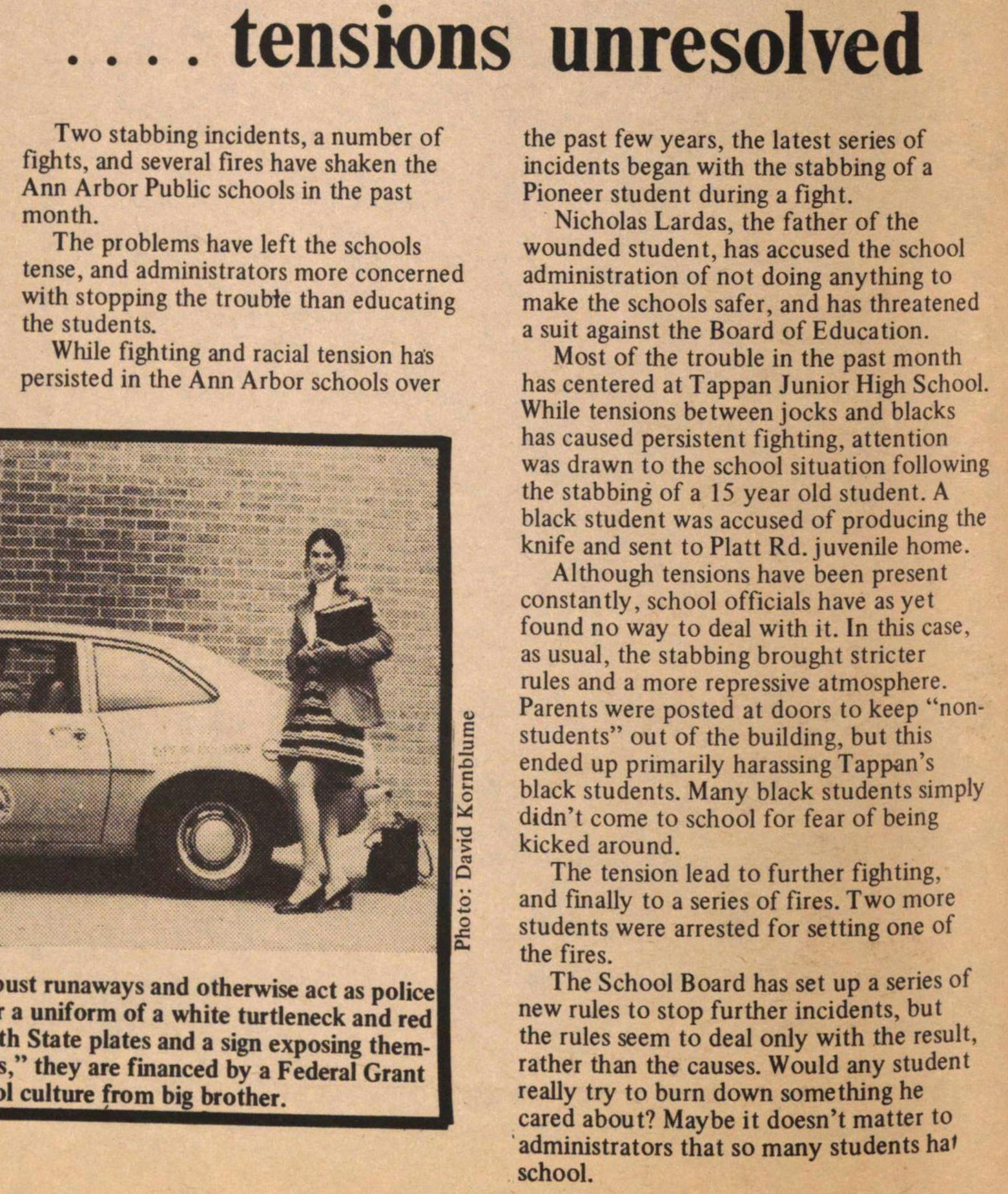 Two stabbing incidents, a number of fights, and several fires have shaken the Ann Arbor Public schools in the past month.

The problems have left the schools tense, and administrators more concerned with stopping the trouble than educating the students.

While fighting and racial tension has persisted in the Ann Arbor schools over the past few years, the latest series of incidents began with the stabbing of a Pioneer student during a fight.

Nicholas Lardas, the father of the wounded student, has accused the school administration of not doing anything to make the schools safer, and has threatened a suit against the Board of Education.

Most of the trouble in the past month has centered at Tappan Junior High School. While tensions between jocks and blacks has caused persistent fighting, attention was drawn to the school situation following the stabbing of a 15 year old student. A black student was accused of producing the knife and sent to Platt Rd. juvenile home.

Although tensions have been present constantly, school officials have as yet found no way to deal with it. In this case, as usual, the stabbing brought stricter rules and a more repressive atmosphere. Parents were posted at doors to keep "nonstudents" out of the building, but this ended up primarily harassing Tappan's black students. Many black students simply didn't come to school for fear of being kicked around.

The tension lead to further fighting, and finally to a series of fires. Two more students were arrested for setting one of the fires.

The School Board has set up a series of new rules to stop further incidents, but the rules seem to deal only with the result, rather than the causes. Would any student really try to burn down something he cared about? Maybe it doesn't matter to administrators that so many students hate school.