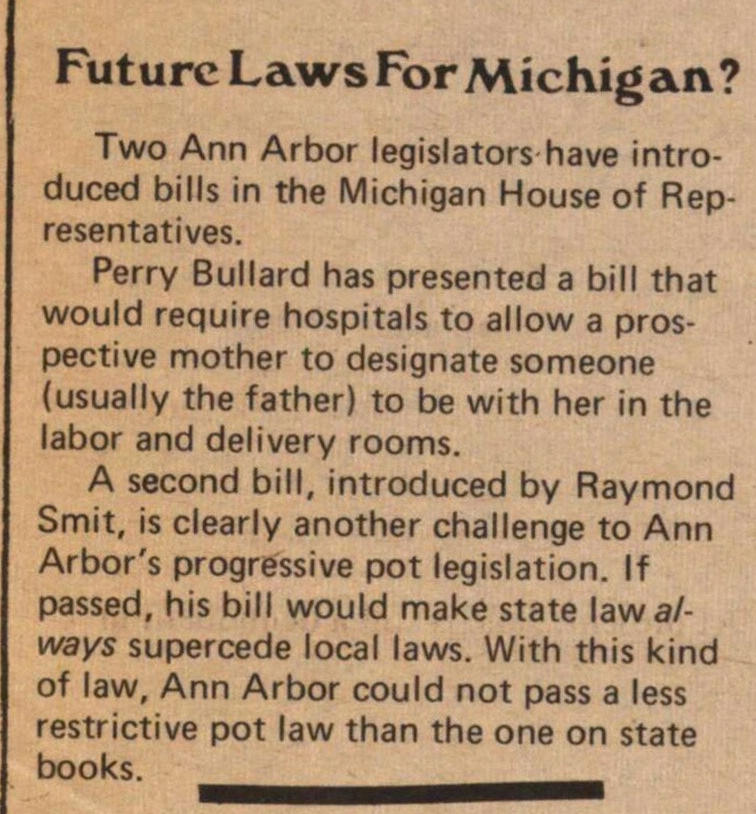 Two Ann Arbor legislators have introduced bills in the Michigan House of Representatives.

Perry Bullard has presented a bill that would require hospitals to allow a prospective mother to designate someone (usually the father) to be with her in the labor and delivery rooms.

A second bill, introduced by Raymond Smit, is clearly another challenge to Ann Arbor's progressive pot legislation. If passed, his bill would make state law always supersede local laws. With this kind of law, Ann Arbor could not pass a less restrictive pot law than the one on state books.