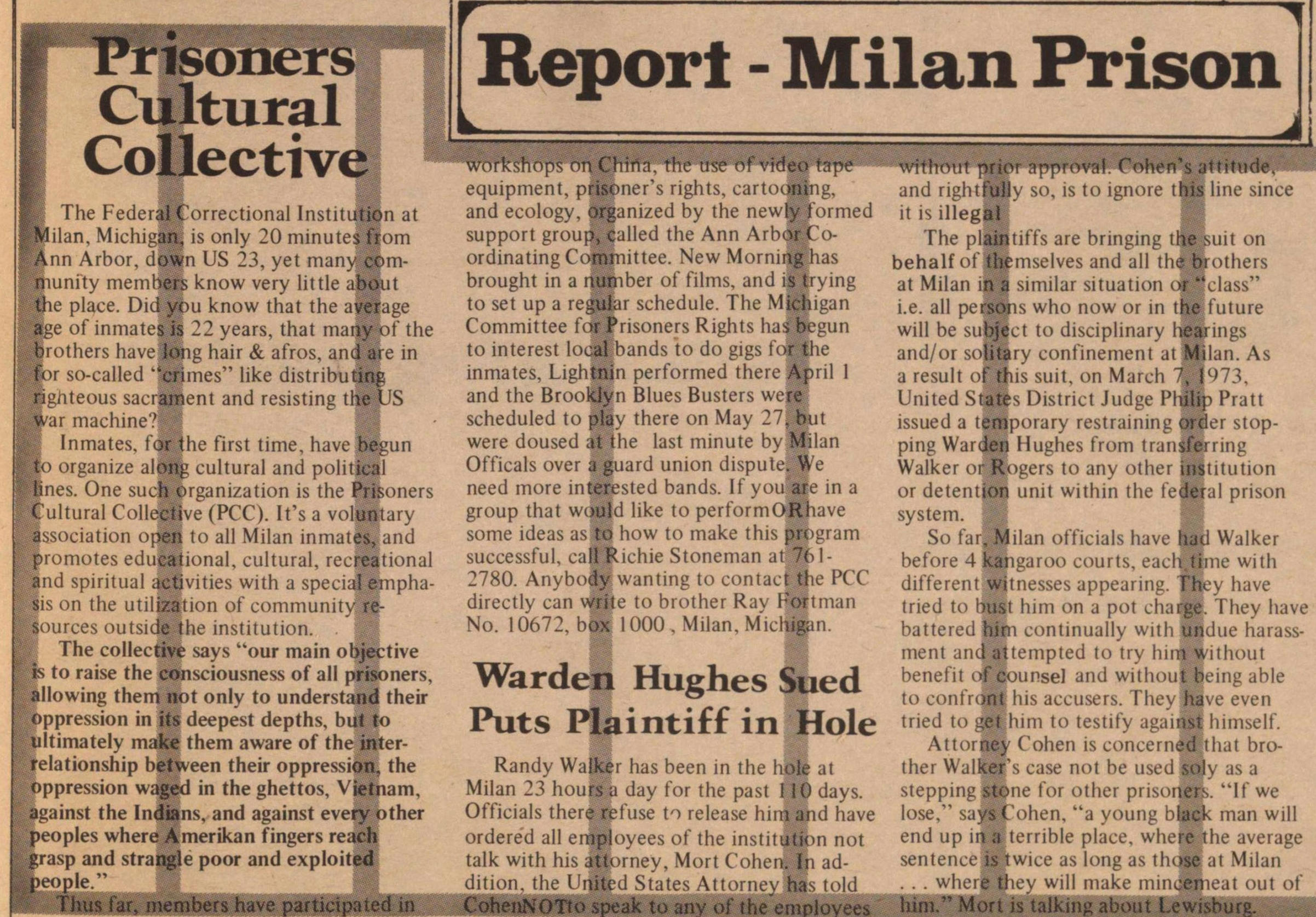 The Federal Correctional Institution at Milan, Michigan, is only 20 minutes from Ann Arbor, down US 23, yet many community members know very little about the place. Did you know that the average age of inmates is 22 years, that many of the brothers have long hair & afros, and are in for so-called "crimes" like distributing righteous sacrament and resisting the US war machine?

Inmates, for the first time, have begun to organize along cultural and political lines. One such Organization is the Prisoners Cultural Collective (PCC). It's a voluntary association open to all Milan inmates, and promotes educational, cultural, recreational and spiritual activities with a special emphasis on the utilization of community resources outside the institution.

The collective says "our main objective is to raise the consciousness of all prisoners, allowing them not only to understand their oppression in its deepest depths, but to ultimately make them aware of the interrelationship between their oppression, the oppression waged in the ghettos, Vietnam, against the Indians, and against every other peoples where Amerikan fingers reach, grasp and strangle poor and exploited people."

Thus far, members have participated in workshops on China, the use of video tape equipment, prisoner's rights, cartooning, and ecology, organized by the newly formed support group, called the Ann Arbor Coordinating Committee. New Morning has brought in a number of films, and is trying to set up a regular schedule. The Michigan Committee for Prisoners Rights has begun to interest local bands to do gigs tor the inmates, Lightnin performed there April 1 and the Brooklyn Blues Busters were scheduled to play there on May 27, but were doused at the last minute by Milan Officials over a guard union dispute. We need more interested bands. If you are in a group that would like to perform or have some ideas as to how to make this program successful, call Richie Stoneman at 761-2780. Anybody wanting to contact the PCC directly can write to brother Ray Fortman No. 10672. box 1000, Milan, Michigan.