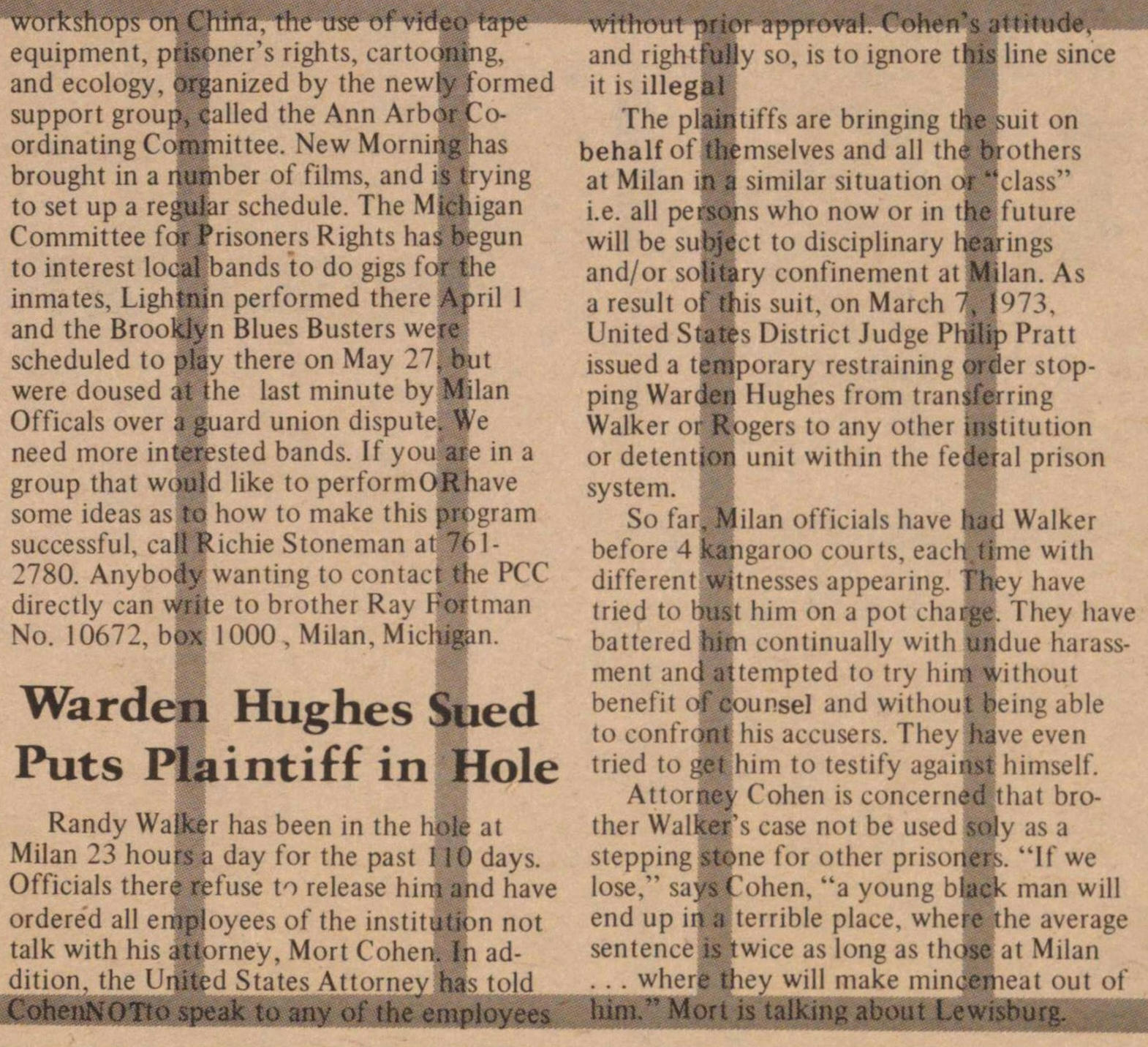 Randy Walker has been in the hole at Milan 23 hours a day for the past 110 days. Officials there refuse to release him and have ordered all employees of the institution to not talk with his attorney, Mort Cohen. In addition, the United States Attorney has told Cohen NOT to speak to any of the employees without prior approval. Cohen's attitude, and rightfully so, is to ignore this line since it is illegal.

The plaintiffs are bringing the suit on behalf of themselves and all the brothers at Milan in similar situation or "class" i.e. all persons who now or in the future will be subject to disciplinary hearings and/or solitary confinement at Milan. As a result of this suit, on March 7, 1973, United States District Judge Philip Pratt issued a temporary restraining order stopping Warden Hughes from transferring Walker or Rogers to any other institution or detention unit within the federal prison system.

So far, Milan officials have had Walker before 4 kangaroo courts, each time with different witnesses appearing. They have tried to bust him on a pot charge. They have battered him continually with undue harassment and attempted to try him without benefit of counsel and without being able to confront his accusers. They have even tried to get him to testify against himself.

Attorney Cohen is concerned that brother Walker's case not he used solely as a stepping stone for other prisoners. "If we lose," says Cohen, "a young black man will end up in a terrible place, where the average sentence is twice as long as those at Milan . . . where they will make mincemeat out of him." Mort is talking about Lewisburg.